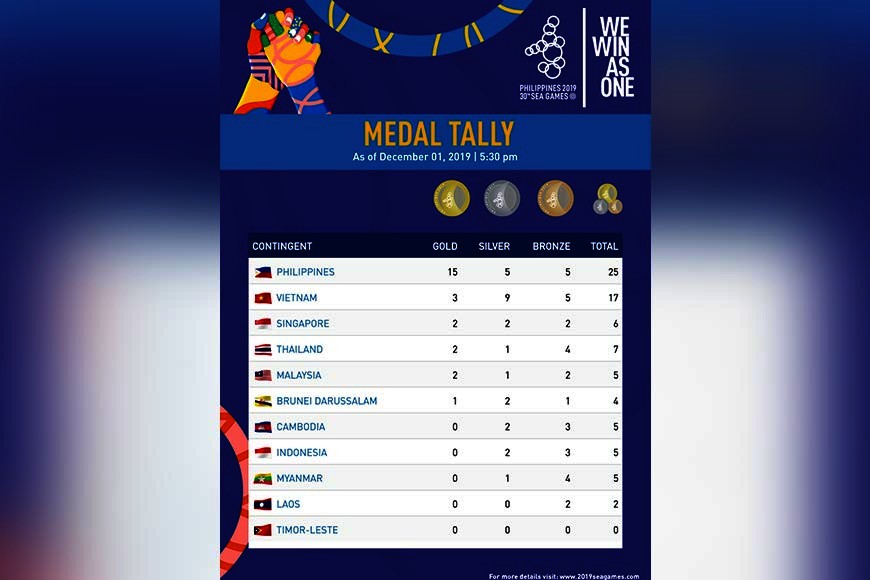 John Chicano won the first gold medal for the Philippines under the elite men’s individual triathlon with a record time of 1:53:23. Andrew Kim Remolino bagged the silver as he clocked in at 1:55:03.

The Philippine triathlon team surpassed the country’s title in the biennial games this year after getting a boost in their training at the modern sports facilities at the New Clark City (NCC).

Philippine triathlon team coach Melvin Fausto recently said that being the host country of the 30th edition of the SEA Games is an advantage for their team.

He also emphasized the importance of having a modern training facility in Clark.

“Of course, it’s an advantage and having our own training facilities here (New Clark City) has helped boost our confidence and motivated our athletes to compete, which as a coach I believe (is) very important,” he said.

Aside from Chicano, Remolino and Mangrobang, other members of the triathlon team include Kim Kilgroe, and Claire Adorna who also competed in the women’s division. Nikko Huelgas will also join the team for the mixed-relay category with Fer Cesares.

A suitable athlete's training hub, the NCC Athletics Stadium is a world-class 20,000–seater stadium and an IAAF Class 1 certified facility.

Agatha Wong added another gold medal after retaining her spot at the top of the Women’s Taijiquan in the wushu competition Sunday morning at the World Trade Center in Manila.

“I’m really happy that I delivered the first gold, and I have no regrets for today,” said Wong.

Dancesport added to the Philippines' medal source after bagging five gold medals in the standard category on Sunday.