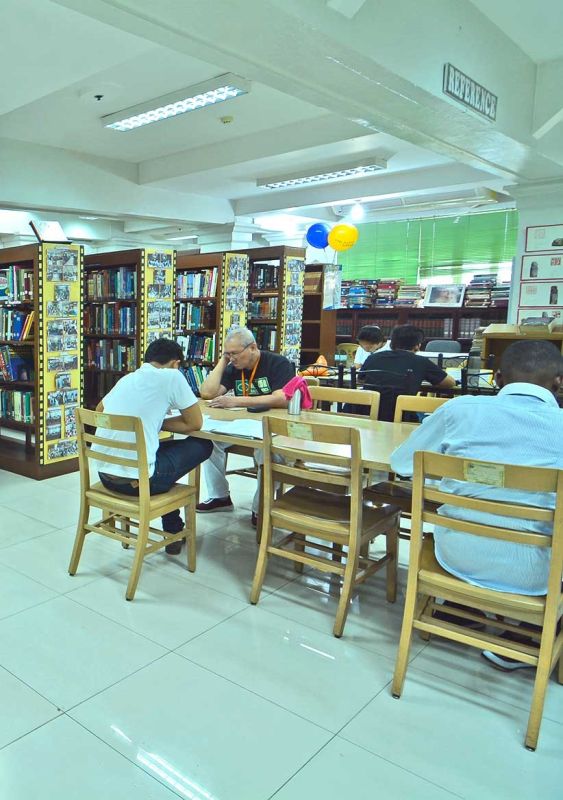 GO TO THE PEOPLE. Public libraries should be managed and operated to actualize the 1949 Unesco Public Library Manifesto: “The library is a prerequisite to let citizens make use of their right to information and freedom of speech. Free access to information is necessary in a democratic society, for open debate and creation of public opinion.” (File Foto)

FOR most citizens, a library is a place where one goes in to read newspapers and magazines and borrow books. With the new media, a library has become a digital hub for users to connect to the internet for studies, work and leisure.

In “The Library Book,” author Susan Orlean explores a facet of the Los Angeles Public Library that puts the concept of the digital commons into actual use as a socially inclusive meeting ground for public servants, civil society and citizens coping with lack of resources and greater need of social services.

Since it opened in January 1873, the Los Angeles Public Library has coped with the usual challenges burdening public institutions: shortage of funds, cutdown on human resources, political foibles and natural disasters, such as several fires, including the April 1986 major fire suspected to be caused by arson.

These setbacks haven’t prevented the stakeholders, including citizens of Los Angeles, from transforming their public library into the closest approximation of the “library of the future:” “a combination of a people’s university, a community hub and an information base, happily partnered with the Internet rather than in competition with it.”

Aside from offering books, why shouldn’t a library offer “classes and voter registration and literacy programs and story times and speaker series and homeless outreach and business services and computer access and movie rentals and e-book loans and a nice gift shop?”

Orlean, an LA resident, noticed that people gravitate towards a public library for reasons other than reading books. When the weather turns difficult, the homeless—which covers anyone without a regular and adequate dwelling at night—take refuge at the public reading rooms, where entrance is free. After New York, LA has the largest population of the homeless, numbering 60,000 in 2017.

In the Philippines, where public libraries are widely regarded as places of learning for the learned, the concept of a public library that balances the needs of the haves and the have-nots may seem strange.

“Libraries have become a de facto community center for the homeless across the globe,” writes Orlean. “There is not a library in the world that hasn’t grappled with the issue of how—and how much—to provide for the homeless.”

It is more than poetic justice that a library must be a community hub in a working democracy: unless made accessible to all, information cannot improve the life of every citizen and raise aspiration and achievement.

The US library system thrives on a combination of political will, private philanthropy, public spending, and volunteerism. Innovations are pursued, including the Engagement and Learning division, which the LA Public Library launched in 2016 to “handle the ways the library makes connections with the public, including its volunteer programs and summer reading and all services directed at new immigrants.”

Orlean includes global cases where communities with reduced resources have supported efforts to “create public places where books and ideas are shared,” in keeping with the 1949 Public Library Manifesto made by the United Nations Educational, Scientific, and Cultural Organization (Unesco) that includes the creation of public libraries in the United Nations agenda.

These include bookmobiles in Zambia, camel libraries in Kenya, donkey libraries in Zimbabwe, book boats in Norway, book vending machines in Beijing and town library books housed with farmers in Peru.

In Aarhus, Denmark, the library includes a marriage license bureau. In Nigeria, a library offers classes in art and entrepreneurship as a tandem offering. Citizens take part in a seed exchange program and watch performances by a theater troupe housed in a Nashville library.

In the 21st century, libraries should continue to relate with and remain relevant to their communities, part of the warp and woof of social transformation.