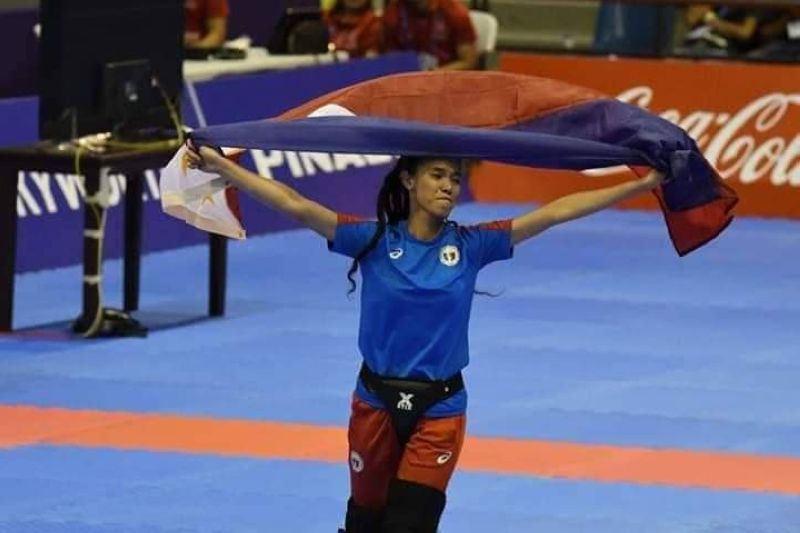 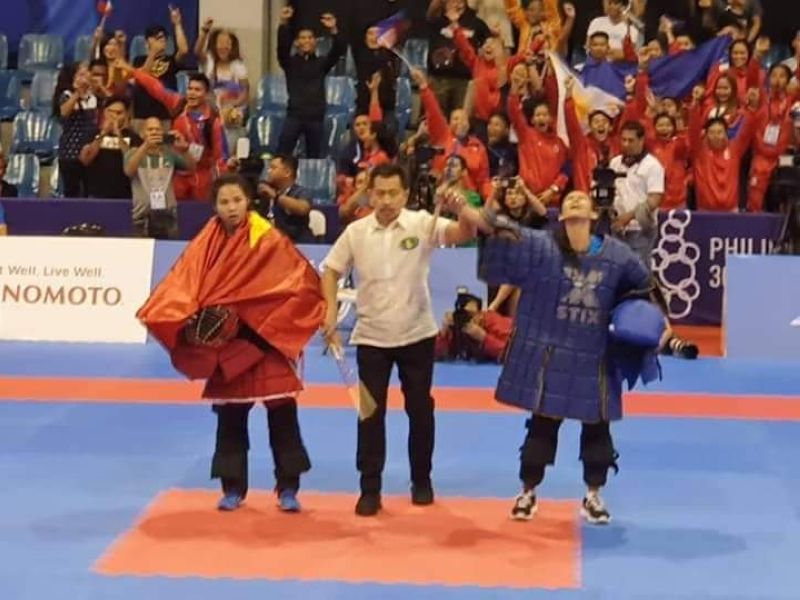 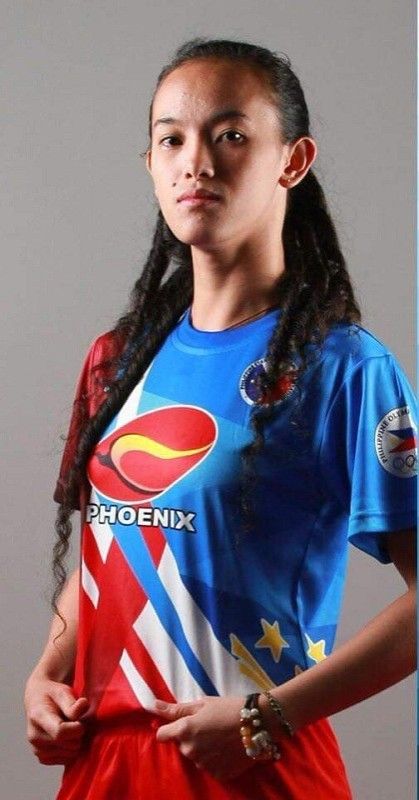 This after she dominated Khiev Chendaroth of Cambodia earlier.

She pushed herself to win the gold and she still could not believe her feat.

During her first match, she recalled thinking that she must win it since the men's team swept all their fights and she was the first Filipino female entry who competed. She thought that winning her matches would inspire her teammates to also win.

But since her teammates lost their preliminary games, the Dabawenya ace was even more determined to bag the gold to compensate for their losses.

She dedicated her gold to her family who has been her source of motivation and strength and to her teammates whom she trained with for almost five months. She also thanked God for his guidance, leading her to grab the opportunity to undergo tryouts and training with the national arnis team. She even had to quit her ticketing agent job in March this year, which she held for over two years.

Without God, she said, she will not be able to reach this stage of her athletic career.

Morcillo is the fifth among six children of Jolly, who tills their rice and corn farm in Sultan Kudarat, and Teresita, a housewife.

She added that the company she used to work for kept the doors open for her to return. However, Morcillo said she will explore her opportunities as a national athlete and prepare for an upcoming tournament.