A business built on strings 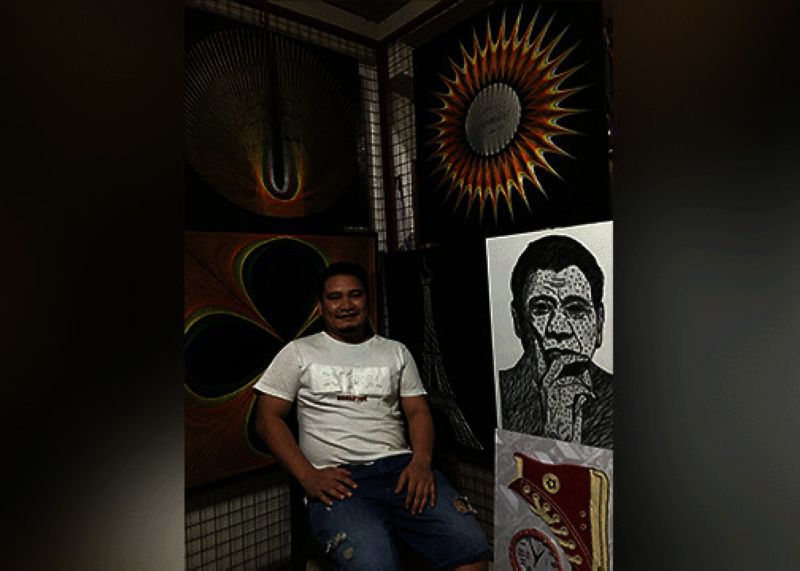 DAVAO. Sandie Padilla of Sandie String Art Design at his house, which doubles as his workshop. (Rob Gumba) 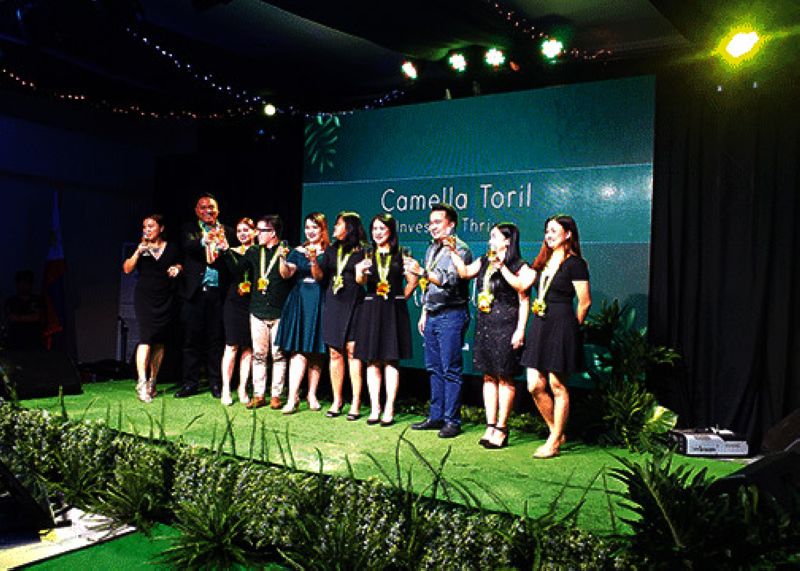 DAVAO. Some of Padilla's artworks he exhibited during Manila Fame in 2019. (Photo from Sandi Padilla's Facebook)

ARTWORKS can be a difficult product to sell compared to basic necessities like food or clothing.

It is even more challenging than offering services. But when success strikes in the risk taken, it can earn as much as a three-month salary of an overseas job in just three days. Or at least for Sandie Padilla.

He was taught string arts in grade school. It is a 19th century invention by self-taught English mathematician Mary Everest Boole who referred to it as curve stitching, aimed to encourage children to learn mathematics through playful activities.

Padilla carried string art stitching as a hobby and past time when he worked as a full-time appliance store salesman and as a barista on the side in Jeddah, Saudi Arabia for seven years.

The first craft, a coffee mug, which he made during his spare time piqued the interest of his boss and bought it to adorn the coffee shop.

It rippled more interests and asked him to do commission work. Realizing its potential for business, he left his almost 15 hours of work a day in 2018 to focus crafting string arts in his hometown, Davao City.

Padilla's first exhibit was during the Art Market in February 2019, an art fair organized by the Philippine Women's College (PWC) which gathered mostly visual artists to display their artworks and promote trade among art enthusiasts and interested mall-goers.

(A lot of art exhibitors are displaying painting. I was the only one who did a string art and it really challenged me)

This exposure enabled him to gain potential customers which, Padilla said, really connected with him later on, to order or ask him to do a custom string art.

His business, Sandie String Art Design, advanced further when he was encouraged to enroll in a six-month business mentoring program of the Department of Trade and Industry (DTI) where he learned how to package, price, and market his product, to which he owed a part of his success.

(DTI helped me find my market because these kinds of products are not really for all. My art as wall decorations mostly appeal to class A and B customers such as in offices, restaurants, condominiums, and hotels)

He was even commissioned to do a string art portrait of DTI secretary Ramon Lopez and one of his avid customers is Compostela Valley vice-governor, Maria Carmen Zamora.

But his favorite subjects are the enchantingly psychedelic mandalas.

(It has an effect on people whenever you look into it. I even designed a string art that promotes stress relief.)

These mandalas are threaded on painted plyboards as small as A4 paper size to as big as one square meter. But he also willing to work on bigger than that.

Its price can range from P300 up depending on the size and intricacy of the customer's order.

For him, art fairs are so far the most viable venue for his string art business.

(As long as there are exhibits, I will not go empty-handed. My earnings for a three-day exhibit is almost equal to my three-month salary in Saudi [Arabia], sometimes more)

He added his work overseas pay him around P28,000. When he joined the recent Manila Fame in October 2018, he was able to sell nine pieces of one sqm big string arts out of 14 pieces he brought and earned around P60,000.

Apart from that, Padilla also gets orders from politicians, professionals, and art collectors who are looking for unique and exciting wall decorations.

He has also shipped his works to customers in Cebu, Bacolod, and Manila.

Padilla expressed gratitude to the trade department for helping him in the business and connected him with his customers and exhibits.

What he learned was that in this kind of business, it is important to know the market.

In the next two years, he aspires to have his own gallery. And when he will be able to establish the string arts business in the city, he plans to share his knowledge on persons with disabilities as his advocacy.