A silver lining with coco sugar 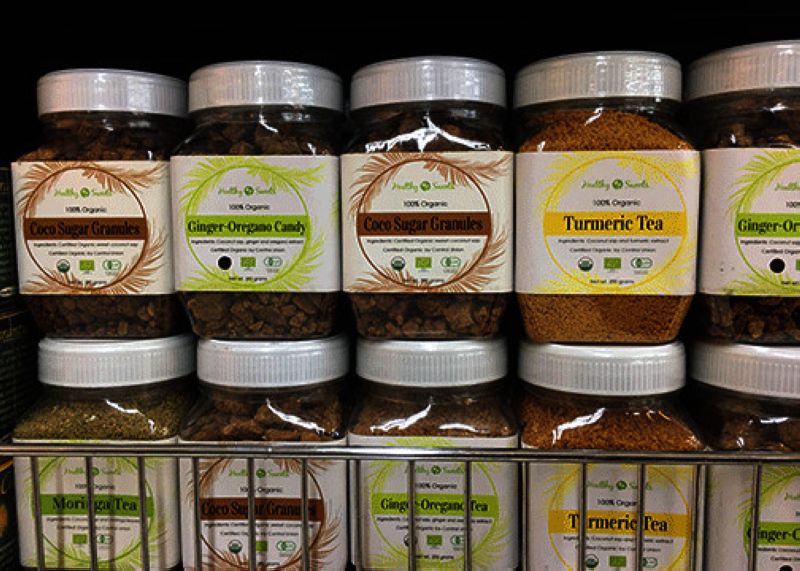 DAVAO. Some of the coco sugar-based candies and teas by Healthy Sweets. (Roberto A. Gumba Jr.) 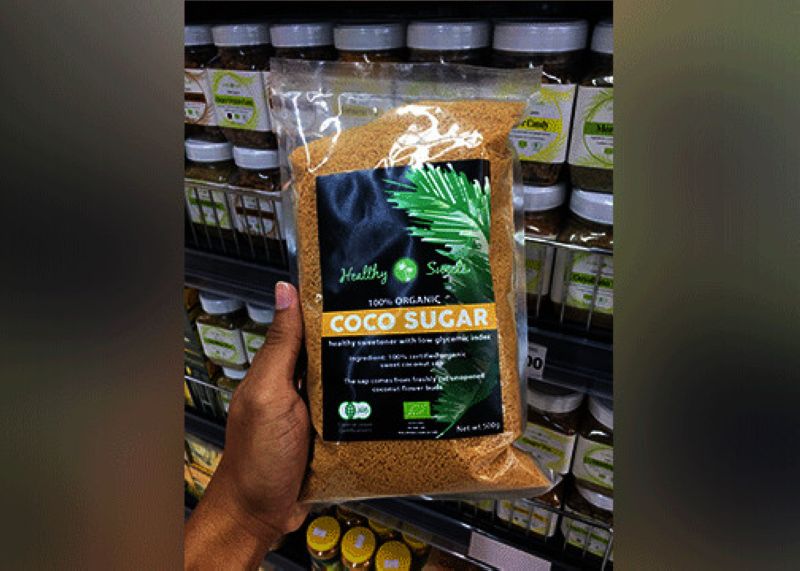 THE year 2008 is the beginning of a challenging period for coconut growers like Betty More, who, along with her husband, maintained a three-hectare farm in Katipunan, Panabo and has been employing several farmers in the nearby community.

(In 2008, the price of coconut dropped. It is very difficult to sustain especially that we have workers in our farm)

At first, her goal was to challenge the viability of organic farming after observing that its practice among communities is inconsistent. They bought one-hectare barren land and successfully rehabilitated it and practiced diversified farming.

In less than a year, More said they have noticed an increase of yield, especially on coconut. It became their main crop.

But sustaining an organic farm is not their real Goliath. The plummeting prices of coconut and copra forced them to think of ways to increase its value.

(That time, we are choosing between VCO and coconut sugar. But VCO is highly technical and needs huge capital. Meanwhile, coco sugar requires small capital and simple equipment)

The coconut sugar became the main ingredient to the 20 products under the Healthy Sweets Mindanao Corporation which includes teas and candies out of ginger, turmeric, and oregano; and cacao nibs and chocolate powder with coco sugar.

More said the stiff competition in the coconut sugar production with international competitors, such as Indonesia, pushed them to upgrade their coconut sugar-based products.

More bared that a coconut taper can earn as much as P3,000 to P5,000 a week if one adheres to the harvest times and up to P7,000 per week if the weather is favorable. Wet trees caused by rain makes it difficult to climb and harvest.

The coconut sap is harvested from the coconut's flower bud every four hours in a day. Delay in the harvest of the sap allows it to ferment and produce alcohol. It means it can no longer be processed as coco sugar although it can still be converted further into a coco vinegar.

However, she said while the Philippines leads in the export of coco sugar and despite her success in making a business out of it, there is still a need to lower its production costs to be able to compete with other countries.

She attributed it to the tall varieties planted in Davao Region which entails higher labor costs and the only way to reduce it is to plant the dwarf variety.

More said they have encouraged the Philippine Coconut Authority (PCA) to distribute dwarf varieties in Davao Region, explaining that the dwarf varieties produce three to four flower buds at the same time in a month compared to the tall varieties which produce once a month. This means the shorter kind produces more sap.

Also, there is no need for the tappers to climb. For businesses like hers which involves women, it would also allow them to participate in the tapping apart from in the processing.

Currently, their products have been displayed in malls in Manila, Cebu, and Davao.

(Even if we export, we will not leave the local market. Why are we supplying healthy products to foreigners and not to our countrymen?)

(According to the buyers, the coco sugar in the Philippines is better than in Indonesia)

Through value-adding, this could be a motivation to improve the coconut industry.