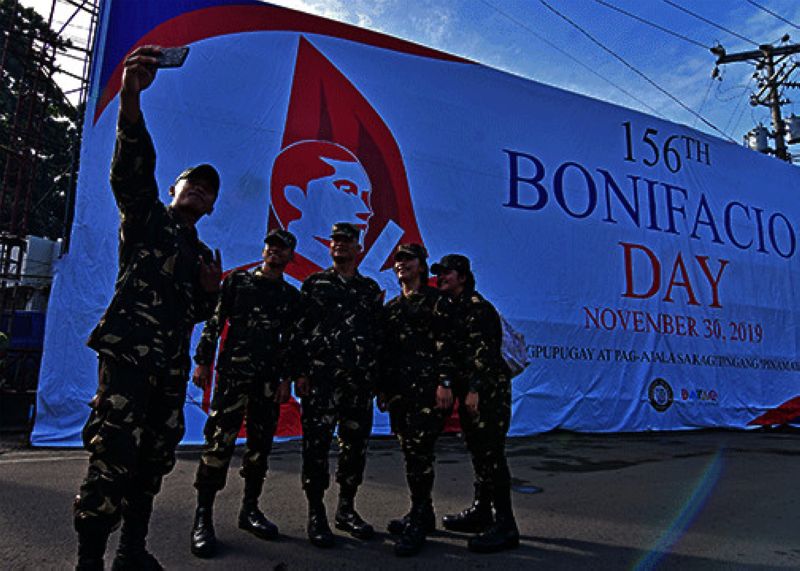 This was stressed by Duterte during the 156th Bonifacio Day commemoration at the Bonifacio Circle in V. Pichon Street, corner C.M. Recto on early Saturday morning, November 30, 2019.

"We are reminded that regardless of our limitations, we all have a role in shaping [the] society. Hence, let us dedicate ourselves to a worthy cause just like our Andres Bonifacio," he said.

The vice mayor lead the celebration in behalf of his sister, Davao City Mayor Sara Duterte-Carpio, who was not able to attend the annual national event.

In his speech, Duterte said Bonifacio is an inspiration to all Filipinos. The event commemorates the birth of Bonifacio who founded the Katipunan, which fought the Spaniards.

The local official also honored other Filipino heroes who also fought for the country.

"Today, we celebrate the bravery of not only one, but all Filipino heroes who have struggled and faced persecution for our nation's freedom and justice," Duterte said. "Their sacrifice means putting aside one's interest for the dignity and welfare of the better Good."

He also reminded everyone that the public has a role in "shaping the society," regardless of one's limitations.

"Hence, let us dedicate ourselves to a worthy cause just like our Andres Bonifacio," the vice mayor said.

The ceremony also highlighted the newly refurbished monument, which was closed for a few months.

Meanwhile, actor and Philippine Army 2nd Lieutenant Matteo Guidicelli was the guest of honor during the ceremony.

Guidicelli, who is a reservist, said his stint in the Army changed his perspective about serving the country.

He also lauded the security forces for their sacrifice in serving the country.

"I have so much respect for our uniformed men because these people dedicated and sacrificed their lives just to serve this beautiful country," Guidicelli said.