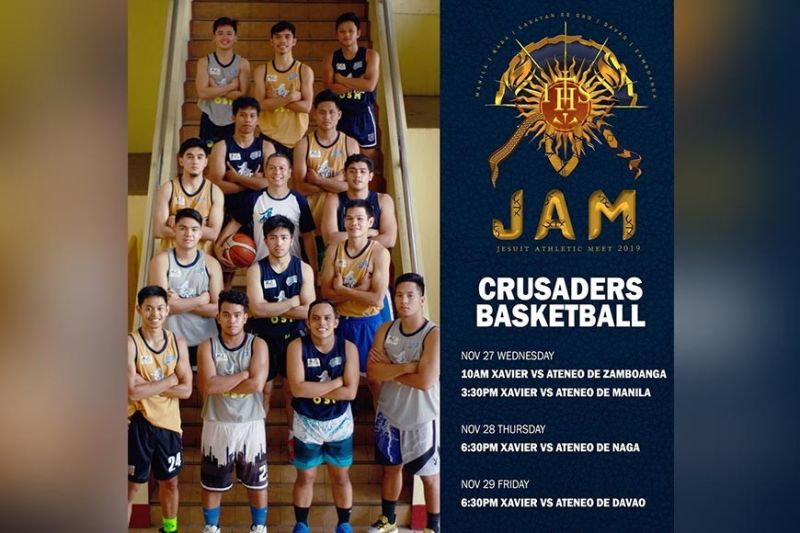 Thus, the Blue Knights face the newly-crowned UAAP champion Ateneo de Manila University (SDMU) Blue Eagles for the crown in a match still in progress (Saturday night) as of this writing.

The Blue Knights of coach Miggy Solitaira started strong with a 8-3 run highlighted by the two-handed jam of 6-foot-8 Senegal center Soulemayne Diouf that rocked the house.

The Crusaders of coach Rocky Calingin were quick to retaliate, finding a spark from Joel Go, Paul Steven Babate and Beejay Maagad to wrest the lead, 16-11. But that was the best they can do as ADDU closed the quarter at 20-all deadlock after a long trey from Axel Doromal to beat the buzzer.

From there, it was all ADDU show against XU's 1-3-1 defense as Diouf, Ion Angeles and AJ Royo led another blistering run to put Davao ahead by as much as 17 points.

"We're actually not ready against XU's 1-3-1 defense, but we decided to penetrate inside and denied their guards off backcourt play that worked effectively," said coach Solitaira.

Doromal finished with 20 points for ADDU, while Lex Lamson and Diouf contributed 16 and 15 markers, respectively.

Babate and Go paced XU with 26 and 18 markers apiece.