Classes still suspended in 32 LGUS on Dec. 3; Signal No. 2 raised in Northern Cebu 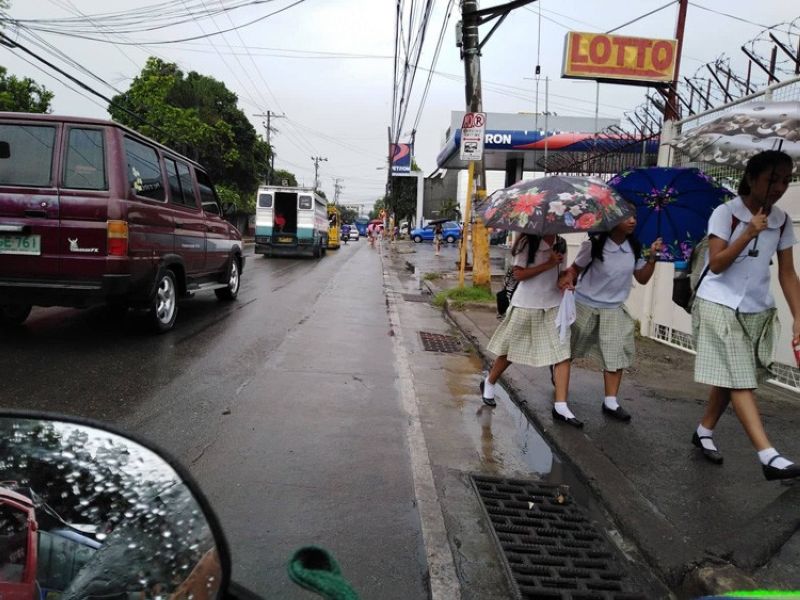 Classes in public schools in 32 local government units in Cebu affected by Typhoon Tisoy will remain cancelled on Tuesday, Dec. 3, 2019, following the raising of Signal No. 2 in some areas in Northern Cebu. (SunStar foto/ Jerra Mae J. Librea)

CLASSES in public schools in 32 local government units in Cebu affected by Typhoon Tisoy will remain cancelled on Tuesday, Dec. 3, 2019.

As this developed, families residing in coastal communities and low-lying areas were preemptively evacuated at 4 p.m. Monday, Dec. 1, as heavy rains were expected.

The Philippine Atmospheric, Geophysical and Astronomical Services Adminstration has reported that as of 2 p.m. Monday, Typhoon Tisoy has increased its threat as it moves closer towards Northern Samar, Albay and Sorsogon area.

Tropical Cyclone Wind Signal (TCWS) No. 1 has been raised in the cities of Cebu, Danao, Lapu-Lapu, Mandaue, Naga, Talisay and Toledo, and the towns of Balamban, Pinamungahan, Aloguinsan, Cordova, Minglanilla, Consolacion, Liloan and Compostela.

Winds of up to 60 kilometers per hour are expected within 36 hours in these areas.

These areas will experience winds of up to 120 kph in 24 hours.

Sanchez said although there has been no incident reports as of 3 p.m., all local DRRMs in the affected LGUs will remain on full alert. (SunStar Cebu)