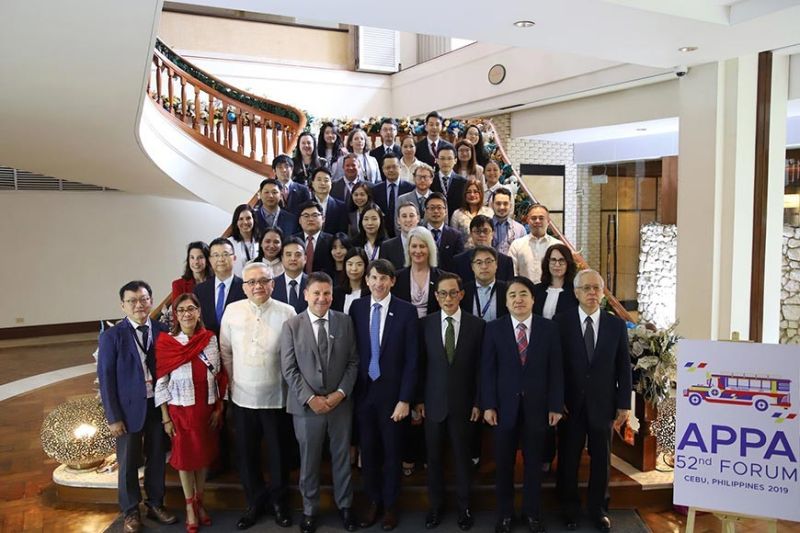 PRIVACY commissioners from the Asia Pacific region are convening in Cebu as they look into the emerging technology trends and threats that impact data protection and explore new policy directions.

Philippine Privacy Commissioner Raymund Enriquez Liboro highlighted the need to ensure that privacy regulations across Asia Pacific are responsive not just to safeguard individual rights and protect personal data but also to facilitate the safe flow of information.

Data privacy is a fuel to economic progress in an era dominated by information and communications technology, he said.

“The value in today’s data-driven world is created by building bridges and not walls,” Liboro said at the 52nd Asia Pacific Privacy Authorities (Appa) Forum which opened Monday, Dec. 2, 2019, at the Shangri-La’s Mactan Resort & Spa.

“That’s what we intend to accomplish today at the Appa forum. To build bridges towards a future that is safe and progressive, which our children could immensely benefit from,” he told the forum attended by delegates from 19 jurisdictions across the region. The Appa forum is a two-day event.

Privacy-related online lending complaints are among the topics for discussion at the forum.

According to the National Privacy Commission (NPC), these complaints have drastically declined a month following its recent enforcement actions on dubious online lending applications.

“Instances of unauthorized use of data, similar to complaints received by the NPC about online lenders, are beginning to crop up elsewhere in the region, and other privacy authorities are keen on hearing about what we have learned and how they may deal with similar challenges. During the formal sessions, delegates will meet in closed-door sessions to discuss policy directions as well as explore best practices, emerging technologies, trends and threats to privacy, and what concerted actions privacy authorities may do to address these concerns,” Liboro said.

Data from the NPC showed that from January to November 2019, there is a downward trend in the filing of formal complaints against online lending apps beginning October.

“Following months of grueling work, the Commission is pleased to report a decline in the number of new formal complaints from borrowers involving the unauthorized use of their private personal information by online lenders. We are not letting up on the matter, and we continue to hold marathon hearings to resolve each filed complaint at the soonest time possible, given our resources. The decrease in new cases, however, is a welcome development. It is an indication that people are definitely becoming mindful about protecting personal data and upholding privacy rights,” said lawyer Jose Belarmino II, NPC executive director.

The NPC has 23 formal complaints on record related to online lending in January 2019. The numbers steadily climbed during the first quarter. After the agency went public on the issue in May, the number rose even higher, signaling that more victims were previously unaware they could seek the NPC’s assistance.

The number peaked in September to over 300 new cases for the month.

Fynamics has formally answered the NPC’s order. Unipeso and Fcash, meanwhile, filed motions to dismiss. All submissions are now under deliberations.

The NPC has also helped coordinate the creation of an industry-wide alliance of financial technology organizations, together with the Bangko Sentral ng Pilipinas, Securities and Exchange Commission and the Department of Trade and Industry.

After the September peak, the number of fresh formal complaints regarding online lenders immediately declined in October, coinciding with the NPC order to shut down 26 other online lending companies, in coordination with Google LLC and the National Telecommunications Commission.

By November, new formal complaints dropped by 90 percent to 14 complaints, which is comparable to January complaints data.