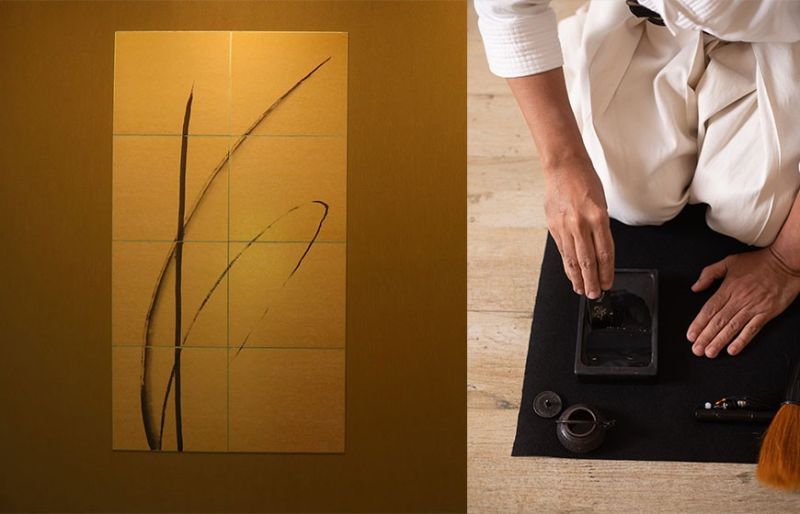 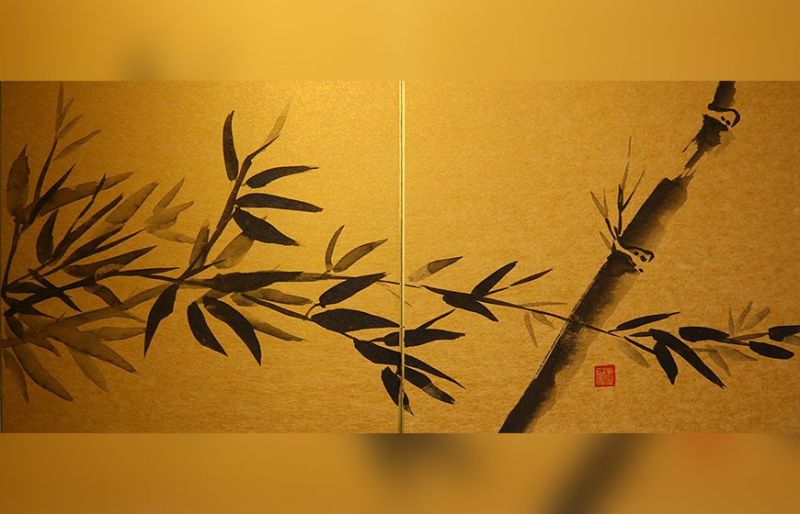 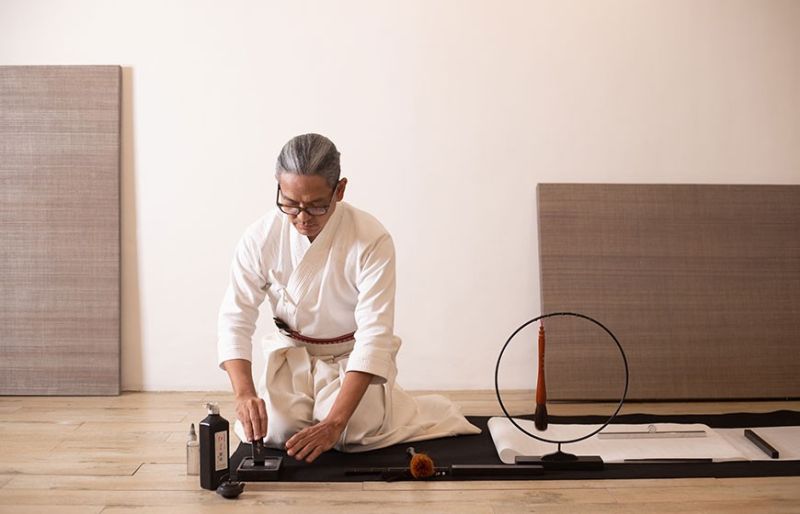 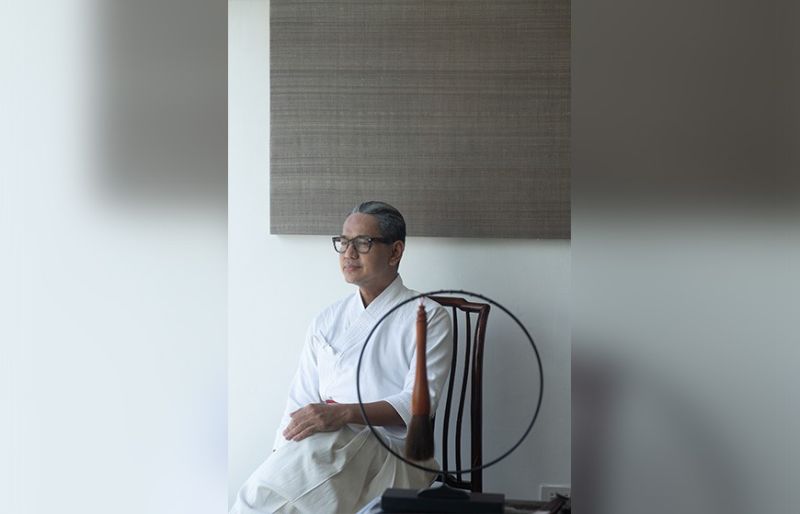 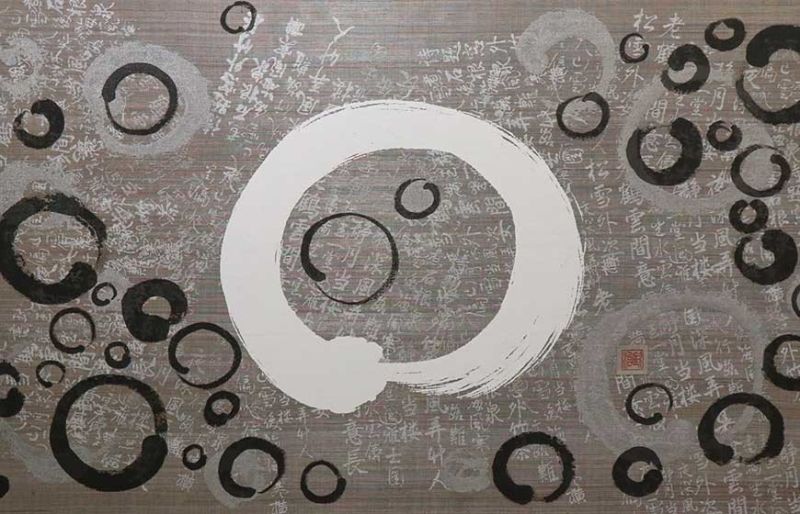 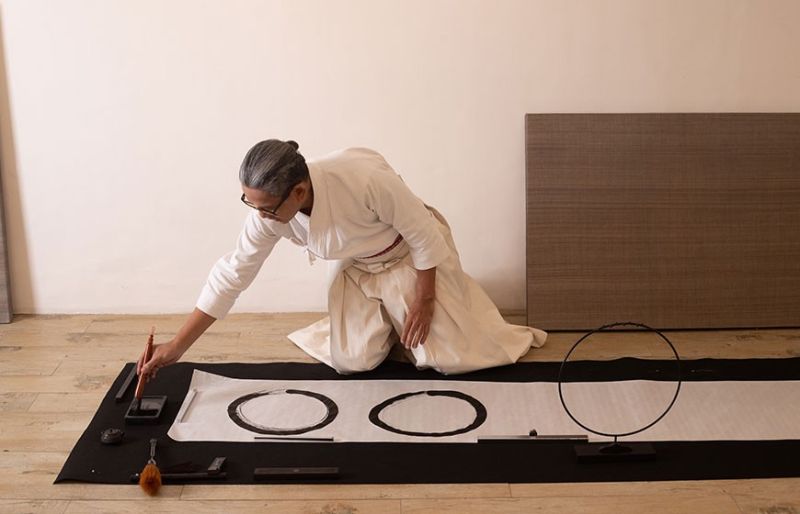 FASHION designer OJ Hofer showed the other side of his artistry with an exhibit featuring his art inspired by Japanese calligraphy.

In an interview, he revealed that he is a “fifth dan (rank)” Kanji calligrapher—the only Filipino fifth dan in the Nihon Shuji school.

In the exhibit are several paintings that, Hofer said, were done suiboku-ga style—basically with ink and water, then “washed” to get different shades, gradations of the drawing. Of these paintings, the designer/artist expounded: “Nothing can exist outside of the mind. These calligraphy paintings are not the most beautiful in this genre. I have barely started on this travel toward the awakening, but I have a humanistic advocacy. I never pick up the brush to bring satisfaction to myself or solely to express my own emotion. The viewer is always first. After all, what good is art if it doesn’t benefit the viewer?”

Most of the paintings are minimalist. Hofer explained that he used only two brush strokes to come up with a series of paintings that evoke a female form in a minimalist style attire, pretty much like his philosophy for his fashion creations which emphasize form rather than frill. He also used only three colors for the works featured in this exhibit: Black, gold and red.

In another series of paintings, Hofer depicted the four seasons featuring orchid for spring, bamboo for summer, chrysanthemum for fall and plum for winter. A fifth painting in this series is a simple enso (circle) which, he said, is up to the viewer to fill.

For his larger works, he stenciled his calligraphy exercises on abaca cloth and used this as his material for his Zen drawings and the ever-present enso, which, according to online definitions, is Japanese for “circle” and “a concept strongly associated with Zen.”

“Enso is one of the most common subjects of Japanese calligraphy even though it is a symbol and not a character. It symbolizes the ‘absolute’— enlightenment, strength, elegance; The ‘universe’ and the void. It can also symbolize the Japanese aesthetic itself.”

During the opening of the exhibit, which is ongoing until Dec. 6, Hofer encouraged his guests to draw their own enso circles. Through the activity, guests experienced what it was like to sense everything in the nothingness of an enso.