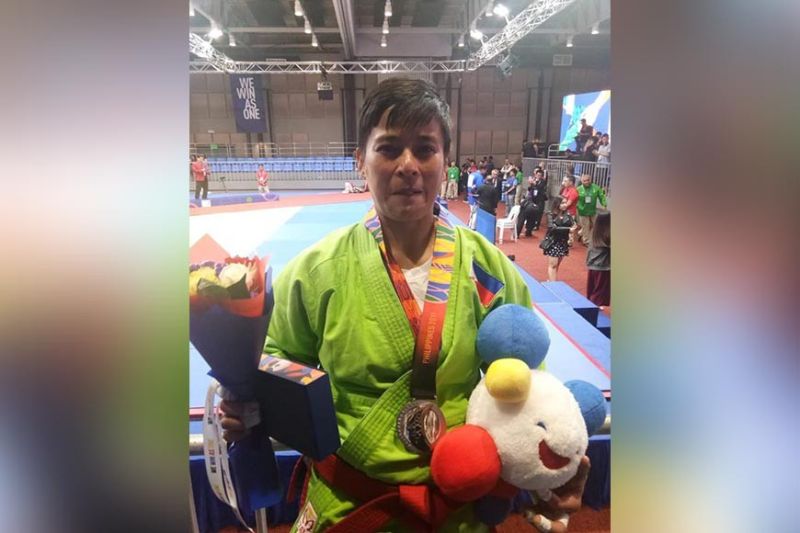 CITY OF SAN FERNANDO, Pampanga -- With a swollen hand after her first fight, Davao City judoka Jenilou Mosqueda endured the pain but she eventually lost the strength to carry on in the finals, thus, copping the silver instead in the 30th Southeast Asian (SEA) Games 2019 women's kurash -57 kilograms division at Laus Group Events Center here Sunday, December 1.

She lost to Thailand's Saowalak Homklin in the championship.

It was the 38-year-old's first attempt in kurash, which she said is far more difficult than playing judo. Kurash, according to her, does not allow grappling; only throwing.

In judo, she added, one has a lot of options to win.

Tancontian, 19, who recently won a bronze medal in the World Youth and Juniors Sambo Championships 2019 at the Sports Complex Uzbekistan, was raring to play sambo in this edition of the SEA Games.

However, her father Paolo, said: "Nagkaroon ng miscommunication sa weight category instead of +80, naging -80 kg di na ma usab, dili na sad makaya ni Sydney mag pa reduce pa ug 10 kg after the Asian and World Championships (There was a miscommunication in the weight category. Instead of +80, it became +70 kg and Sydney could no longer lose 10 kilos after her stints in the Asian and World Championships)."

Thus, Tancontian played kurash only when she could have also competed in sambo.

While the national athletes' quarters were still being rehabilitated at the Rizal Memorial Sports Complex, she along with Dabawenyos Glennon Jhon Malisa and Adelfa Sagne stayed and trained in Davao with Palazuelo at the helm.