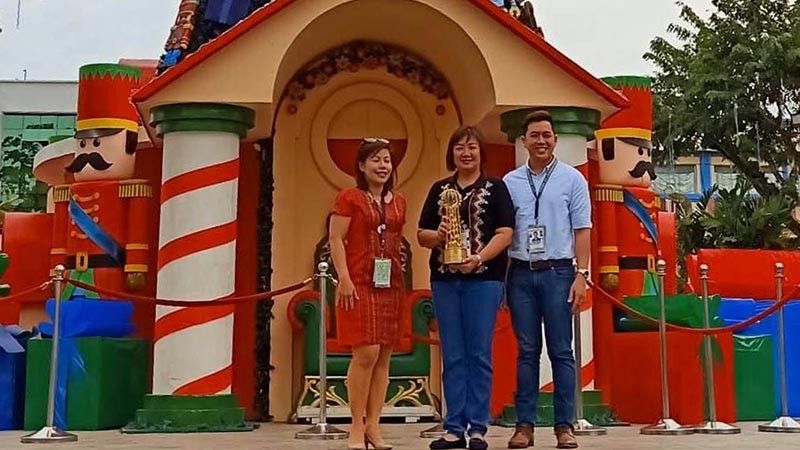 AFTER receiving positive feedback on its hosting of the Ironman 70.3 for two years, Davao City received an award for its debut hosting of the international sports event.

Davao City was awarded as "Best Destination Marketing" for Ironman 2018 during the Philippine Sports Tourism Awards held at the Resorts World in November 26.

Tecson said the award was bestowed to the city for its successful hosting of the Ironman 2018, despite the martial law implementation in Mindanao.

She also said that during the registration for the Ironman 2018 held in October 2017, Davao City broke the record for the Ironman Philippine record with a total of 1,800 race participants, defeating Cebu City.

"We wowed the judges, because we broke records on our first staging, partida pa na may (and to think that there is an ongoing) Marawi crisis and under martial law conditions. The judges said that they were amazed at Davao City's resilience and determination," Tecson said.

The tourism officer also revealed that Davao City was rated as the "Best Ironman In Overall Preparation," and "Best Post Race Celebration" during the post evaluation survey in March 2018.

She said Davao City got an overall rating of 95 percent, as compared to Cebu City, who only got 88 percent.

Earlier this year, she said the Ironman hosting in Davao City was also awarded the "Best Ironman in Asia 2018" during an awarding in Singapore.

Meanwhile, she said the city is already preparing for next year's hosting of the triathlon.

Tecson said on the part of CTOO, they are already preparing for the hotels, which will cater more participants for next year's event.

In October, simultaneous registration for the third Ironman in the city was conducted.

Sports Development Division of the City Mayor's Office officer-in-charge Mikey Aportadera said they are projecting some 2,500 participants for next year.