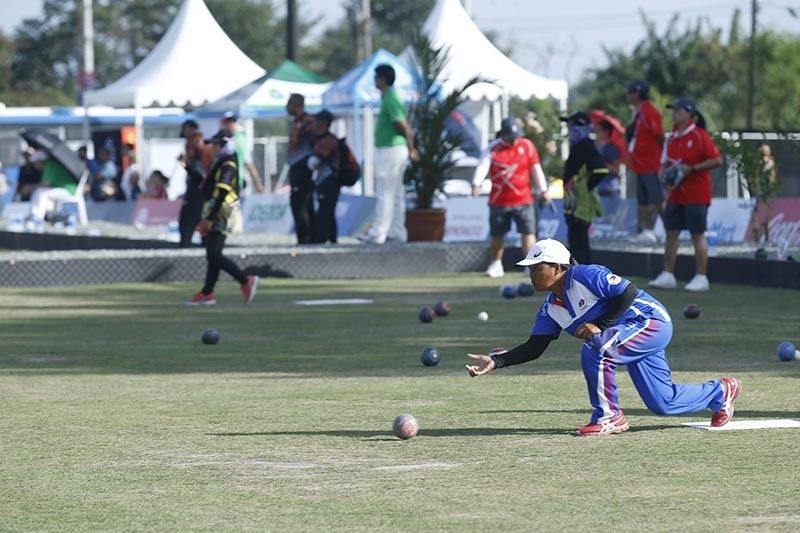 PAMPANGA. Philippine athletes in the Lawn Bowl competition aim to bring another gold for the country during their game held at Clark Freeport Zone. (CDC-CommDep)

PAMPANGA. Spectators and sports enthusiasts will have the chance to watch their favorite teams from participating countries as they compete in the Rugby 7's and Archery games at Clark Parade Grounds in Clark Freeport Zone. (CDC-CommDep)

CLARK FREEPORT -- The Philippine team has scored about 24 gold medals in the ongoing South East Asian (SEA) Games as of December 2.

The latest gold was won by Monica Torres who took the lead for women's duathlon competition at the Subic Bay Boardwalk in Zambales.

Filipino athletes participating in other sports and events have also brought pride to the country by besting representatives from other countries in their respective sports.

The first gold medal for the country was won by John Chicano under the men individual triathlon with a record time of 1:53:23, and Kim Mangrobang for the women's triathlon on Sunday, December 1.

Aside from the 24 gold medals, the Philippines has also won 14 silver and 9 bronze medals as of Monday.