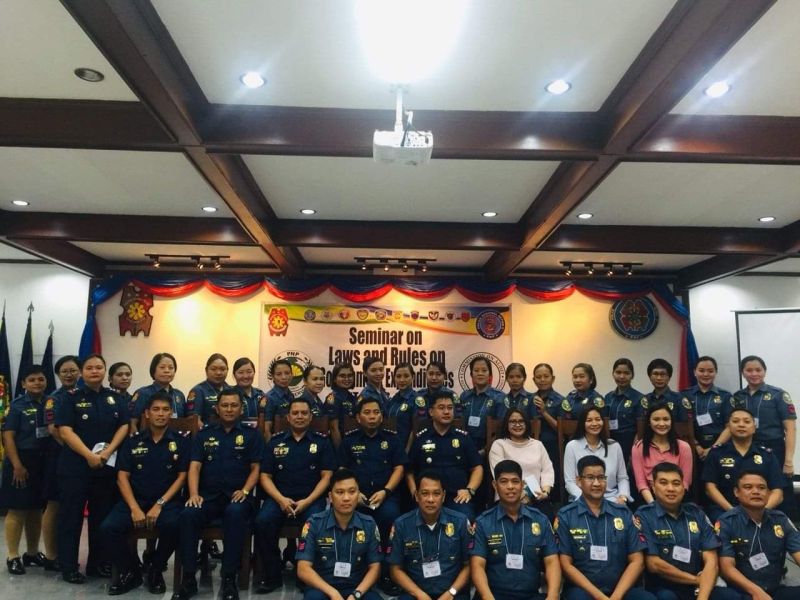 CITY OF SAN FERNANDO -- The Police Regional Office (PRO) in Central Luzon is holding a series of seminars on Laws and Regulations on Government Expenditure (Large) at the PANA Hall, Camp Captain Julian Olivas in this city.

Some 135 participants already completed the training during the first and second leg held on November 20 to 22, and 27 to 29, while the third batch is set on December 4 to 6.

The seminar is intended to address the result of the National Police Commission Annual General Inspection held last March 26, 2019 which showed that out of 187 designated Finance Police Non-Commissioned Officers, only two have appropriate competency training for the position as finance officer.

The seminar is foreseen to help PRO-Central Luzon finance officers to be updated on the latest rules and regulations applicable to accounting and auditing requirements focusing on the statutory and regulatory requirements of the organization and at the same time help them see how we can apply them in our own practice.

It is held as part of the capacity development of the Philippine National Police (PNP) which intends to guide the organization in further improving the quality of project financial statements and deepening the understanding of the interlink between financial reporting and auditing.

The said undertaking is considered the first in the entire PNP that even the Headquarters of Finance Service, Camp Crame requires all regional finance service offices to replicate the same to their respective pay jurisdictions.

The training is in partnership of the region's Commission on Audit and is under the leadership of Brigadier General Rhodel O. Sermonia.