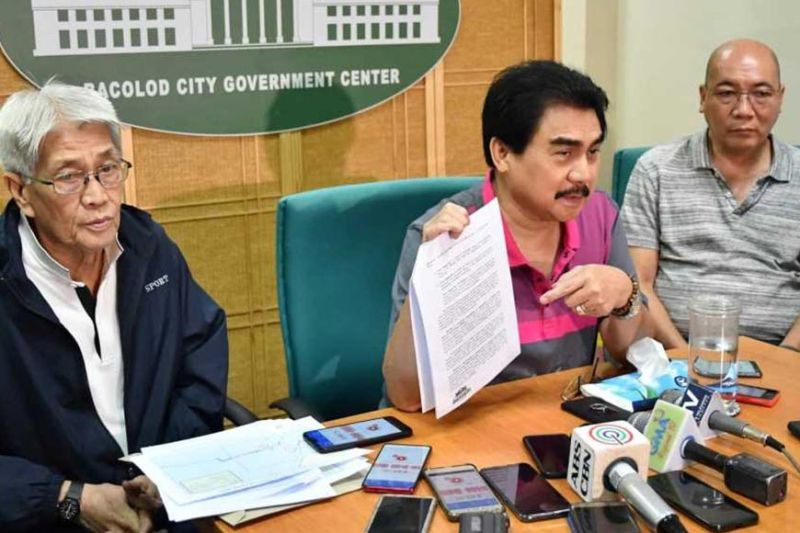 “I HOPE this closure will send the message that we are serious about this, and we will follow the law.”

This was stressed by Bacolod City Mayor Evelio Leonardia Monday, December 2, after two hotels and a pension house were closed by the city government on Friday, November 29, for operating without business permit.

Leonardia said these business establishments were already given a warning and second notices were also sent to them.

“We are hopeful that with this, all the others who are in that situation that failed to comply (business permit requirements) could comply it as soon as possible. For sure, what was happening with us is also happening with the rest of the other local government units in the Philippines,” he said.

On Friday, the City Legal Office (CLO) along with the Permits and Licensing Division along with other agencies padlocked the Westown Hotel in Corner Luzuiaga-San Juan Streets, the Bacolod Pension Plaza in Cuadra Street, Barangay 21, and Rainbow Pension House in Mabini Street, Bacolod City.

The Permits and Licensing Division and Bureau of Fire Protection (BFP) recommended the closure of these business establishments for committing some violations.

“I instructed them to concentrate on the accommodation facilities including the boarding houses here,” he said.

He added the safety measures of their clients and customers are very important.

The mayor noted that the three business establishments can reopen as long as they corrected their violations.

Vice Mayor El Cid Familiaran said he also talked with the city councilors to pass an ordinance to set an exact number of days to finish the processing of business permits.

“We have our one-stop-shop at the Bacolod Government Center every year, and they can finish it within three days if they will comply all the requirements,” he added.

Familiaran noted that Mayor Leonardia will hold a caucus with them and they will take up this concern.

Leonardia said that’s ideal and they will see how realistic or practical it is.

“Let’s see how it goes. If the council will decide so that’s going to be an ordinance and that’s the law so we’ll have to comply with it,” he said.