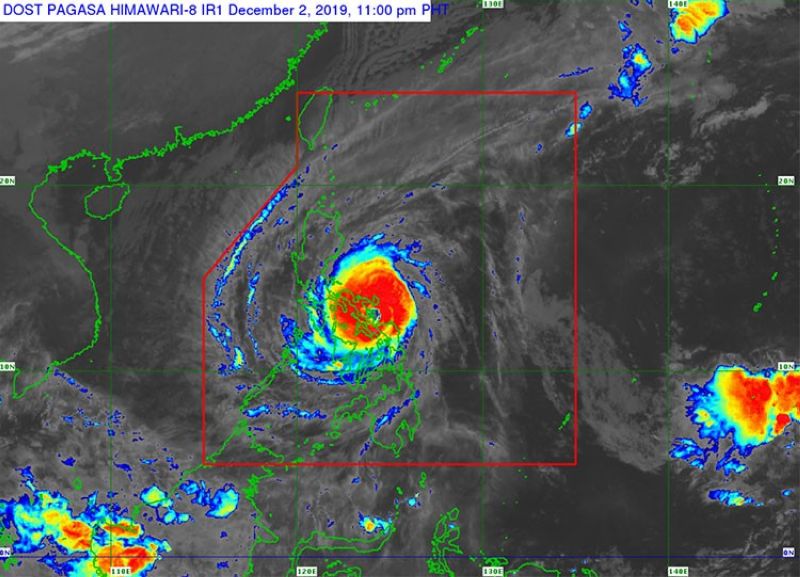 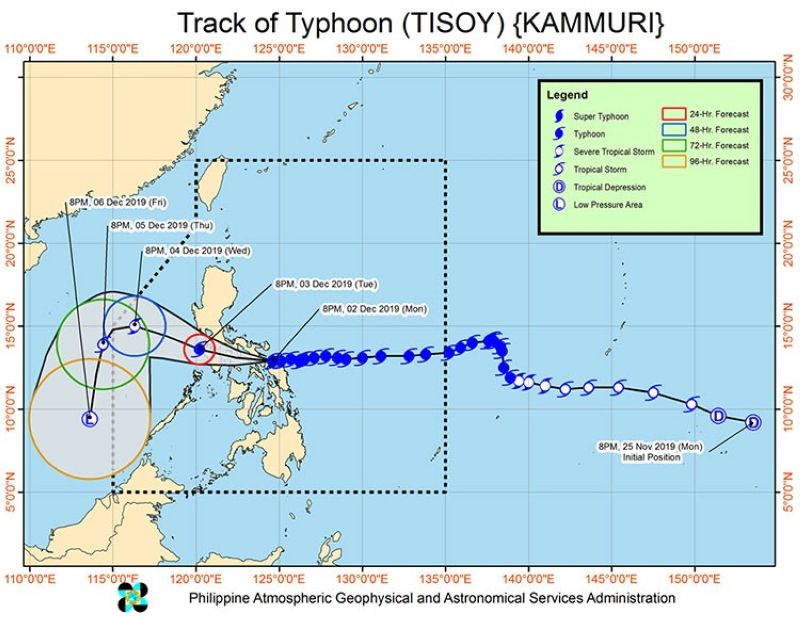 Camarines Norte and Masbate will be affected by the eyewall in the next two to three hours, it added.

As of 10 p.m. Monday, December 2, Tisoy was still packing maximum winds of up to 175 kilometers per hour (km/h) near the center and gusts of up to 240 km/h. It is moving west at 15 km/h and will be located 105 kilometers northwest of Calapan City in Oriental Mindoro by Wednesday morning, December 3, said Pagasa.

Occasional to frequent heavy rains will be experienced in Samar, Eastern Samar, Rizal, rest of Quezon, Laguna, and Oriental Mindoro, and intermittent heavy rains over Metro Manila, Occidental Mindoro, rest of Calabarzon, Aurora, rest of Eastern Visayas, and the eastern portions of Cagayan and Isabela.

Intermittent heavy rains will be experienced over Aklan, Capiz, and northern Antique, it added.

The weather bureau advised residents in the aforementioned areas, especially those living in areas identified to be highly or very highly susceptible to flooding and rain-induced landslides, to take appropriate actions, coordinate with local disaster risk reduction and management offices, and continue monitoring for updates.

It added that gusty conditions may also be experienced in areas in northern Luzon that are not under any TCWS (especially in the coastal and mountainous zones) due to the Northeast Monsoon. (LMY/SunStar Philippines)