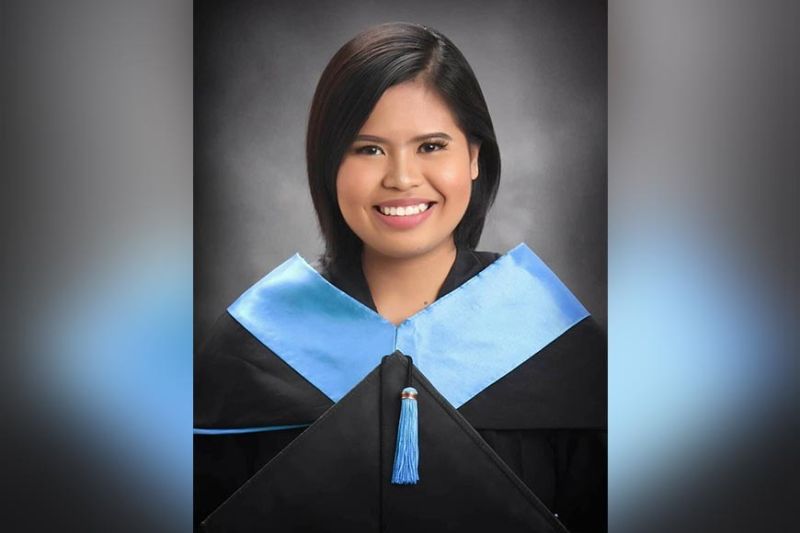 HER love for her father inspired Rebekah Louise Rosito to brave the September 2019 Licensure Exam for Teachers (LET) for elementary and secondary levels.

The 21-year-old Cebu Normal University (CNU) graduate took the test while in mourning—her father had died of a heart attack just weeks before the board exam.

She encouraged herself before she headed to the testing center.

“On that day, when I woke up, I realized that today is my exam and I’ll do my best. Whatever will happen, God will do the rest,” she said.

Rosito did not just pass the exam; she ranked fifth among the passers with a rating of 90.80.

Rosito said she cried when she read her name in the list of passers.

“I really thought I failed. I didn’t expect to pass. I didn’t bother to look at the top 10,” she said.

A friend video-called her, informing her that she was among the topnotchers.

“I was just really satisfied that I passed. Then, I thanked God for giving me a bonus,” Rosito said in a mix of Cebuano and English.

Rosito admitted dreaming of landing a spot in the top 10. However, after taking the exam, she told herself that she would be satisfied if she could just get her PRC license.

She graduated with a degree in Bachelor of Elementary Education, majoring in early childhood education, last May 2019.

“I wouldn’t be here without him. Everything that happens to me right now is all for him,” she said.

An advice to future board takers: Rosito said they must not take time for granted and they should always study while they can.

Rosito said she chose early childhood education because she would want to repeat the beautiful experience she had when she was still a preschooler with her future pupils.

“I want them to experience what I had experienced before so that they would become outstanding individuals in the society in the future,” she said.