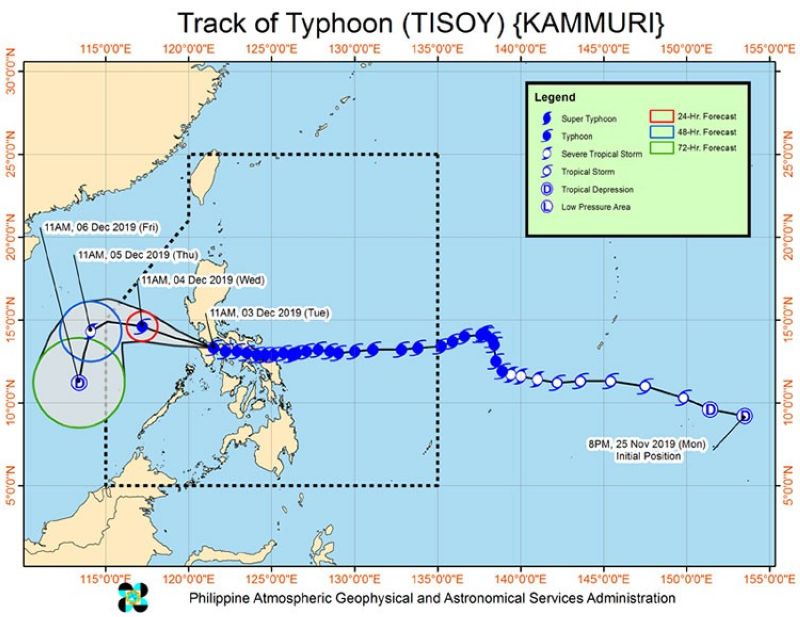 Tisoy made its third landfall at 12:30 p.m. Tuesday, December 3, while traversing the northern portions of Mindoro provinces.

It first made landfall in Gubat, Sorsogon around 11 p.m. Monday, December 2, while its second landfall was in Marinduque at 8:30 a.m. Tuesday.

Pagasa said as of 1 p.m. Tuesday, the eye of Typhoon Tisoy was located in the vicinity of Baco, Oriental Mindoro, packing maximum winds of up to 140 kilometers per hour (km/h) near the center and gusts up to 195 km/h.

The typhoon is still moving west at 25 km/h. (EZN/SunStar Philippines)