Tisoy not as strong as Yolanda, but vigilance still needed 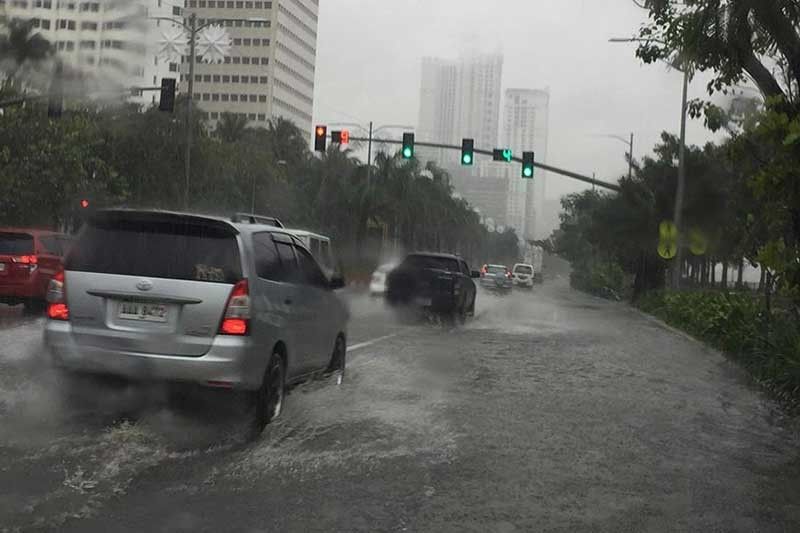 MANILA. Roxas Boulevard is flooded during the onslaught of Typhoon Tisoy on December 3, 2019. (Contributed Photo)

Typhoon Reming claimed 55 lives during its onslaught in the Bicol Region in 2006 while Typhoon Glenda displaced over 300,000 individuals when it hit the same region in 2014.

Super Typhoon Yolanda, on the other hand, claimed over 6,000 lives while thousands were injured and displaced when it struck Leyte and the rest of central Philippines in 2013 bringing heavy rains and strong winds which caused storm surges of four to six meters.

Timbal urged the public, particularly in the areas experiencing the effects of Tisoy, to remain alert and vigilant.

A man in Camarines Sur had died after he was electrocuted while fixing his roof ahead of the landfall of Tisoy. Over 220,000 people were evacuated in the affected areas.

As of 1 p.m. Tuesday, Typhoon Tisoy was spotted in the vicinity of Baco, Oriental Mindoro. It had weakened to 140 kilometers per hour of winds, with gustiness of up to 195 kph. It was still moving westward at 25 kph.

Tisoy made its first landfall at around 11 p.m. Monday, December 2, in Gubat, Sorsogon, according to the Philippine Atmospheric, Geophysical and Astronomical Services Administration (Pagasa).

It again hit land at 8:30 a.m. in Marinduque and then at 12:30 p.m. in Naujan, Oriental Mindoro Tuesday. (SunStar Philippines)