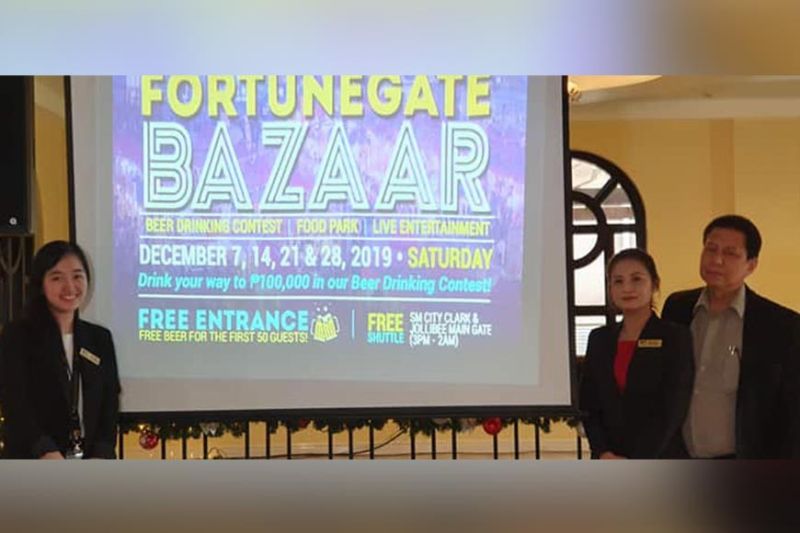 CLARK FREEPORT -- Fortunegate Clark Casino has announced its first ever battle of the bands and beer drinking contest as part of its promotional activities for the Holiday Season.

For the beer-drinking contest, the winner will get as much as P100,000.

The event is in cooperation with the Eds Lights and Sounds, Aguila Gourmet Weats, One Up DBRK Crew, and Globe Telecom.

Dacanay invited interested individuals and groups around Clark and Pampanga to join the Fortunegate Bazaar.

He said casino players will get free admission and free beer for the first 50 guests.

Free shuttle will also be provided from SM City Clark and Clark main gate from 3 p.m. to 2 a.m.

The casino management may be reached at telephone number (045) 499 0888 and e mail address: hotelstotsenbergclark.com.