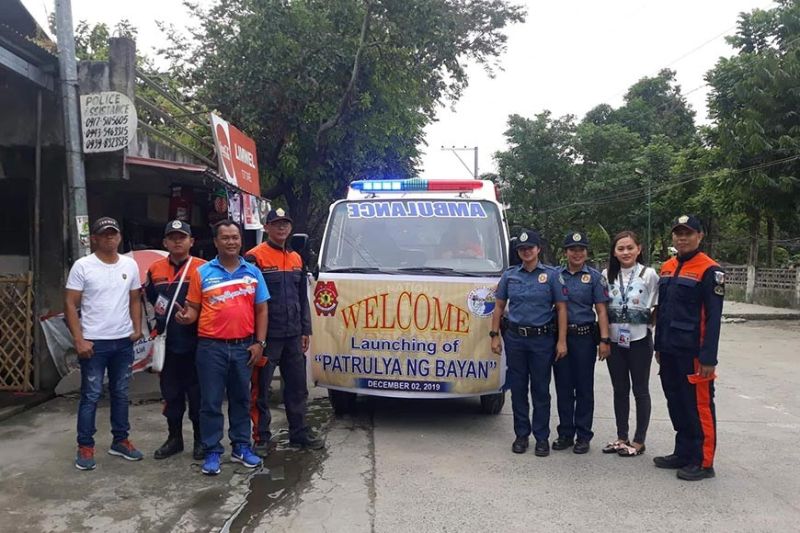 PAMPANGA. Police Staff Sergeants Catherine Cipriano and Mary Jane Genobili are joined by personnel of the Bureau of Fire Protection and local government employees during the motorcade for the launching of Patrolya Ng Bayan. (Princess Clea Arcellaz)

SAN SIMON -- The San Simon police launched Monday, December 2, a program that is aimed at creating a "self-policing" community.

Dubbed as "Patrolya Ng Bayan," the program solicits the support of the local government, barangays and other non-government organizations in creating a more inclusive and sustainable peace and order for the community.

This town's chief of police, Major Freddie Herry, who led the launching of the program, underscored the importance of the roles of stakeholders in the successful implementation of the intensified and vigorous campaign against all forms of lawlessness.

"We are seeking the commitment of all barangays in the entire municipality, as well as support organizations established in San Simon to help us transform and bind ourselves into a self-policing community," Herry said.

Through the program, Herry said the resurgence of street crimes and proliferation of illegal drugs can easily be countered, and the information for crime prevention and other safety matters can easily be cascaded to the public.

He also expressed optimism that the relationship between police and the people in the town will be further nurtured through the program.

"I believe that our consolidated and integrated effort will further make San Simon, a safer place to live, work and do business so let's be one in achieving our common goal," he said.