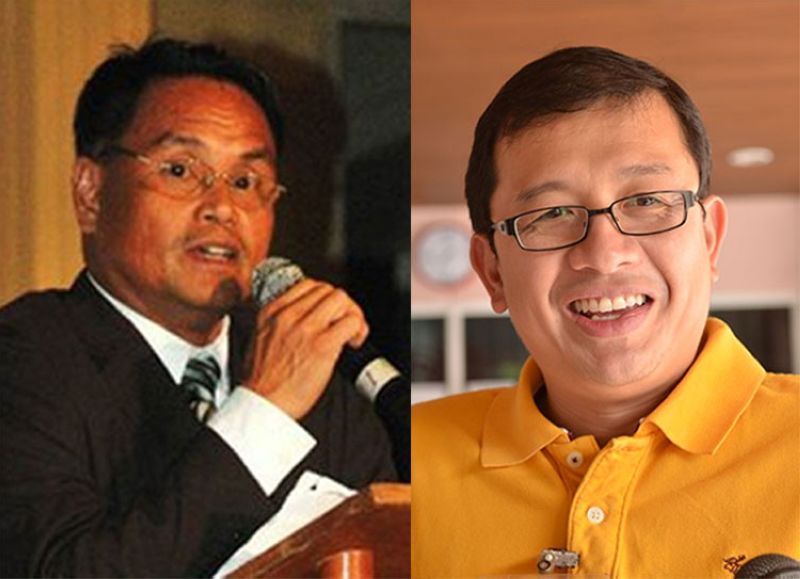 EDGARDO de los Santos, who had served as Court of Appeals justice in Cebu City for 11 years, has been appointed to the Supreme Court, along with another CA justice, Mario Lopez. The two appointees were to take oath Tuesday afternoon (December 3).

De los Santos, a University of San Carlos law graduate, had been constantly prodded by his son, Atty. Fritz Bryn Anthony de los Santos, to keep applying for the high post. Each time a vacancy occurred, AJ Edsa's name was in the shortlist. Lopez graduated from San Beda College of Law.

A frequent item in Bzzzzz, de los Santos, 67, caught public interest for his modest background (he was a former "habal-habal" driver in Dumaguete City) and his persistence in vying for a position in the SC.

With the filling of the two vacancies created by the retirement of Justices Antonio Carpio and Francis Jardeliza, President Rodrigo Duterte now has 12 members of the Supreme Court who owe their seats to him. By 2022, only two of 15 high court members will be non-Duterte appointees.

Who picked "Manila" by Hotdog as the song played as a loop in introducing the Filipino athletes in the 2019 Southeast Asia Games during the opening ceremony at the Philippine Arena in Bulacan last Saturday, November 30?

Atty. Aristotle B. Batuhan, a Cebuano who was among the 40,000 Filipinos and guests who witnessed the ceremony, wrote SunStar to say FiveCurrents, a Los Angeles-based content creators that bills itself as having "extensive experience in Olympic and Asian Games ceremonies," produced the show.

FiveCurrents, a publicity story said, "organized the creatives and technical aspects of the production, including the execution of the design and fabrication of all key elements and visuals." Its awards include 14 Emmys (and 29 nominations) and 60 Tellys.

Atty. Batuhan said the foreign-based firm "screened and approved all parts of the program, including the songs and dances, the singers and dancers." Meaning, FiveCurrents was responsible for choosing "Manila."

His point being this: the choice of "Manila" was not decided by anyone else but FiveCurrents. There is some thought that Gregorio D. Garcia, chairman of the Bases Conversion and Development Authority, elder brother of the Dennis Garcia and the late Rene Garcia -- Hotdog mainstays who're credited as authors of "Manila" -- might have something to do with the choice.

Publicized, however, as creative director of the SEAG November 30 opening ceremony and the December 11 closing rites, is Floy Quintos, who's not tossing the blame to FiveCurrents and instead is defending "Manila" as though he picked it himself.

Quintos said "Manila" was "a song everyone could sing." Batuhan said the song evoked a "sense of pride and unity as a Filipino, even if one is a non-Manileno."

Totol Batuhan, Cebu City residents may recall, ran for congressman in the city's south district in the 2013 election, under the Team Rama banner. He got 40.75 percent of the vote against Representative Bebot Abellanosa's 50.90 percent. A complaint against Bebot for violation of the corruption law for his alleged conflicted interest in a scholarship program that benefited Abellanosa's school failed to make Totol win.

Batuhan, as member of the board of directors of the BCDA, spoke for their board chairman, Gregorio Garcia, brother of the two Hotdog songwriters, said he could attest with "moral certainty" that their chief "had nothing to do" with picking the song that Davao City Mayor Sara Duterte-Carpio as non-inclusive.

Another Cebuano in BCDA

There's another director of the Bases Conversion Development Authority (BCDA) who hails from Cebu.

He is Conrado R. Seno, executive vice president of the Associated Labor Unions (ALU), a business administration and law graduate of University of San Carlos. Totol Batuhan, his colleague at BCDA, finished his law at UP Diliman and his master of laws at Harvard law school.