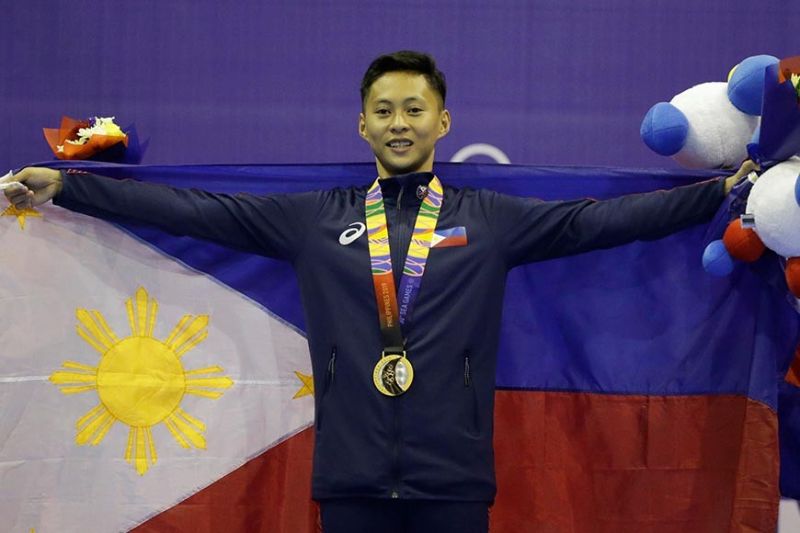 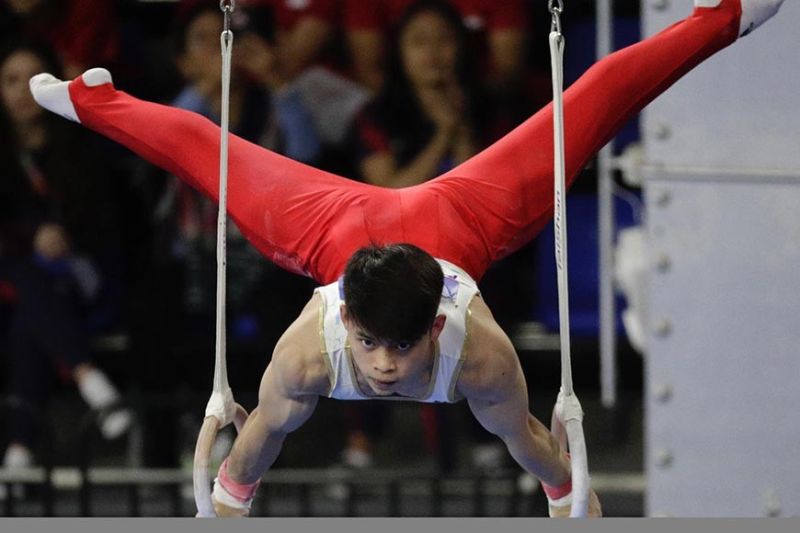 MANILA. Philippines’ Carlos Edriel Yulo clinches his second gold in men’s floor exercise at the Ninoy Aquino Stadium on December 3. In this photo, he works on the steel rings during the men’s artistic gymnastics individual all-around event where he won his first gold in at 30th South East Asian Games at the Ninoy Aquino Stadium in Manila, Philippines on Sunday, December 1, 2019. (AP)

It can be recalled that Philippines finished sixth overall in the Kuala Lumpur, Malaysia edition of the biennial meet with 24 golds, 33 silvers, and 64 bronzes.

Over at the World Trade Center, Agatha Wong also pocketed her second gold by ruling the women’s wushu Taolu Taijijian event after also winning the gold in Taolu Taijiquan also on Sunday.

However, the country’s arnis team currently leads the medal standings for Team Philippines with 14 golds, four silvers and two bronzes so far.

Philippine Sports Commission (PSC) chairman William “Butch” Ramirez congratulated the Filipino athletes “who fought valiantly to uphold national pride. You are all winners to us!”

“We are riding on this positive wave and continue to hope that we can sustain this good performance,” he said, adding that his Deputy Chefs de Mission have been doing the rounds in their respective clusters to ensure that all requirements of the team are met and that they are given moral, logistical, medical and technical support.

The Dabawenyo PSC chief said, “We still have many days of battle ahead of us, but I remain steadfast in my belief in our national team. I know that they are intent on delivering pride and honor for the country.”

He, thus, enjoined every Filipino, wherever they are in the world, to rally behind the national team.

“Let us continue to support and pray for their continued success!” he added.