Slain NPA rebel turns out to be missing student 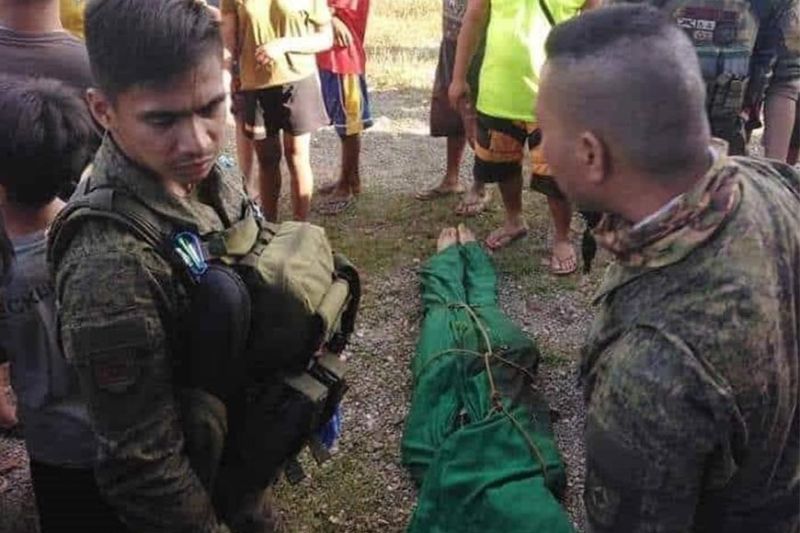 AGUSAN DEL NORTE. Troops recover the remains of a slain New People’s Army (NPA) rebel following a clash on November 30 at Sitio Salvacion in the village of Manila de Bugabos, Butuan City, Agusan del Norte. The slain NPA rebel turns out to be an elementary teenage student of Gingoog City, Misamis Oriental, who had gone missing since February, this year. (Contributed photo)

Balagtey said his identity was established through the help of his brother.

The military officer said they were informed by the brother that the student went missing sometime February, this year.

The troops recovered the rebel’s remains following a clash on November 30 at Sitio Salvacion in Manila de Bugabos Village, Butuan City, Agusan del Norte. The troopers figured in a 15-minute firefight against the armed group.

Meanwhile, Lieutenant General Felimon Santos, Jr., Eastmincom chief, expressed grief on the fate of the student and condemned the NPA’s continuous use of children in armed struggle.

“We are saddened with the fate of Litboy. His case is a clear violation of children’s rights. He was deceptively recruited for the ideology he does not even understand. This act is being condemned in the highest form. It paints the true color of the NPAs who disregard the concern and human rights of the people, particularly the children,” Santos said. (SunStar Zamboanga/With Juliet C. Revita, SunStar Davao)