City Hall lights up Symphony of Lights at Gaston Park 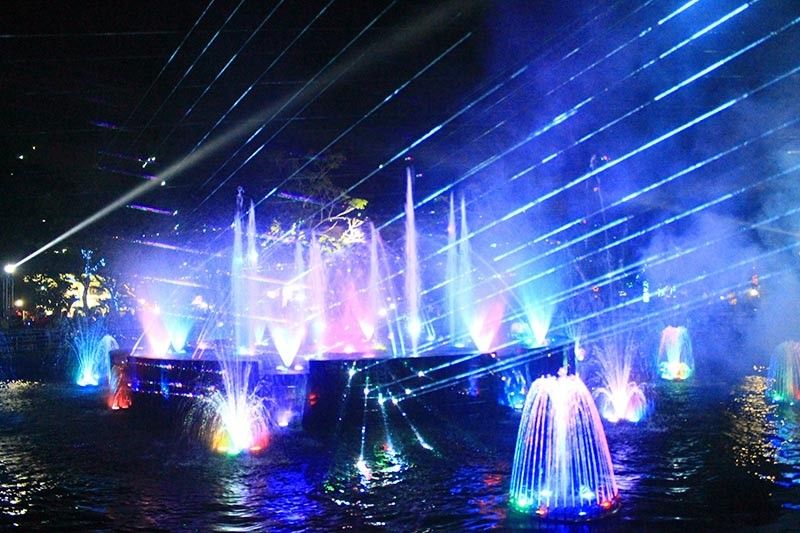 CAGAYAN DE ORO. The City Government of Cagayan de Oro kicked off its annual Christmas celebration with the ceremonial lighting of the Symphony of Lights at the Gaston Park Monday evening, December 2. (Photo by Jo Ann Sablad)

The city government kicked off the start of the Christmas season with a parade of “motorelas” decked in Christmas decorations and Christmas-themed marching bands from the Rotunda to Kiosko Divisoria.

In the evening, hundreds of Kagay-anons came to witness the ceremonial switching of the Symphony of Lights, the city government’s million-peso project for the holiday season, held at the Gaston Park.

For his Christmas message, Moreno looked back at the achievements of the city as the decade of 2010 is about to end.

“We are about to end the decade of 2010. By end of December, end of this month, we will end another decade and atong paaboton ang bag-o na pud nga dekada. We started this decade with the Sendong disaster in 2011 and which brought unspeakable damage and pain sa katawhans a dakbayan. Pero kalooy sa Diyos, nakabangon kita. Nakabangon to build back better,” Moreno said.

“Now as we are about to end this decade, I want you to know that we are ending this decade on a high note,” he added.

The Symphony of Lights at Gaston Park will run from December 2 to New Year’s Day. It will then resume one week before the Chinese New Year celebration.