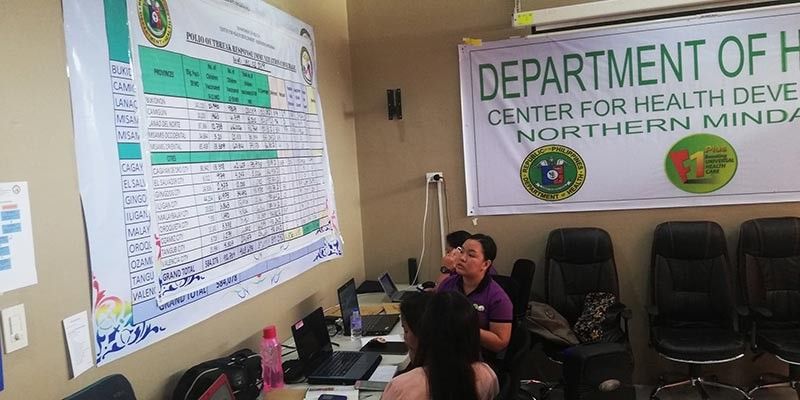 CAGAYAN DE ORO. The operation center of the Department of Health in Northern Mindanao which monitors the mass immunization campaign against polio. (Photo by PJ Orias)

THE Department of Health (DOH) in Northern Mindanao is close to reaching its 95-percent immunization target with some 521,403 kids now vaccinated against polio since the mass vaccination started on November 25.

Oclarit said they have deployed rapid coverage assessment teams to go to high-risk areas or areas with low immunization rate such as in conflict-affected communities, remote villages, urban slums, areas with high vaccine hesitancy, and areas with anti-vaccination movement.

A total of 690 kids or their parents, meanwhile, refused the vaccination.

Oclarit said some parents refused to get their children vaccinated because of religious belief while others do not have enough knowledge of the vaccine.

Out of the 80,942 kids eligible for the immunization in Cagayan de Oro, some 75,935 kids have already been immunized or a 93.81 percent rate immunization coverage. However, some 501 kids refused the vaccine.