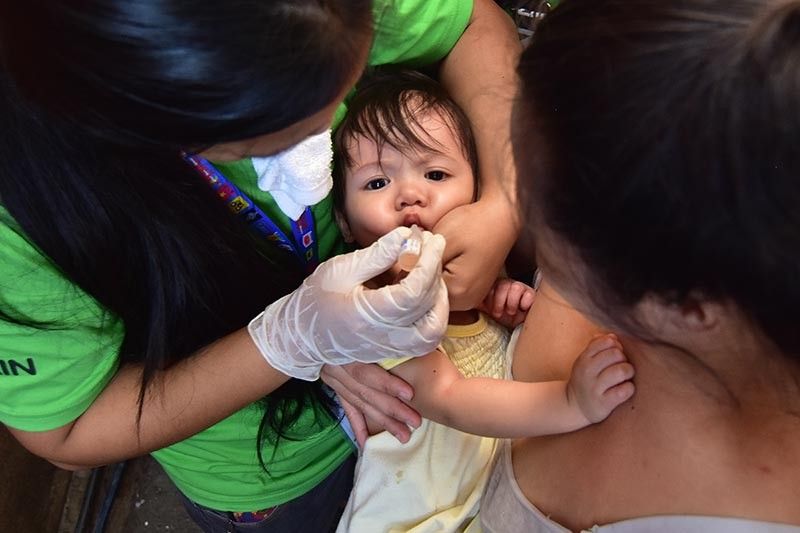 THE Davao City Health Office (CHO) announced that the third round of the Sabayang Patak Kontra Polio has been rescheduled for January 20 to February 2, 2020 from January 6 to 18, 2020.

CHO technical division chief Dr. Julinda Acosta said the rescheduling of the citywide polio mass vaccination aims to give enough time for the concerned agencies and health workers to prepare for the final round.

However, she said rescheduling the immunization activity will not affect the dosage requirement as it still covers within the four to six week interval from the previous dosage.

“Pasok siya sa (It still covers in the) one month interval. We increased the interval to more than four weeks,” Acosta said.

The Sabayang Patak was implemented by the government after the Department of Health (DOH) confirmed in September the re-emergence of Polio Type 2 (VDP2) virus.

CHO later on confirmed that the virus was traced at a portion of the Davao River.

Children from zero to 59 months old, will be given the oral polio vaccine type 2 (OPV2).

Acosta said the concerned health agencies used the same strategy applied during the first round of the mass vaccination. Synchronized immunization was conducted in all health centers and house-to-house visits in all barangays in the cities.

The health official said OPV2 vaccines were distributed to other venues, such as private hospitals, malls, schools and churches.

She added that they deployed health workers at the Davao City Overland Transport Terminal, seaports, and all entry checkpoints in the city.

The first round of immunization, conducted from October 14 to October 27, recorded a 99.48 percent immunization coverage, or a total of 185,901 children.

Meanwhile for the first week of the second round, CHO recorded a 96.75 percent immunization coverage, or total of 180,785 children immunized, as of December 1.

Previously, the health official said having more than 95 percent immunization coverage already guarantees the protection of the children from the possible virus infection.

Despite the “overwhelming” number, Acosta said, if possible, the number would reach a 100-percent coverage.

“May mga bata na wala pa rin nabakunahan. (There are still children that are still not vaccinated.) That is still a failure. Ours is that no child must be left behind,” she said. (RGL)