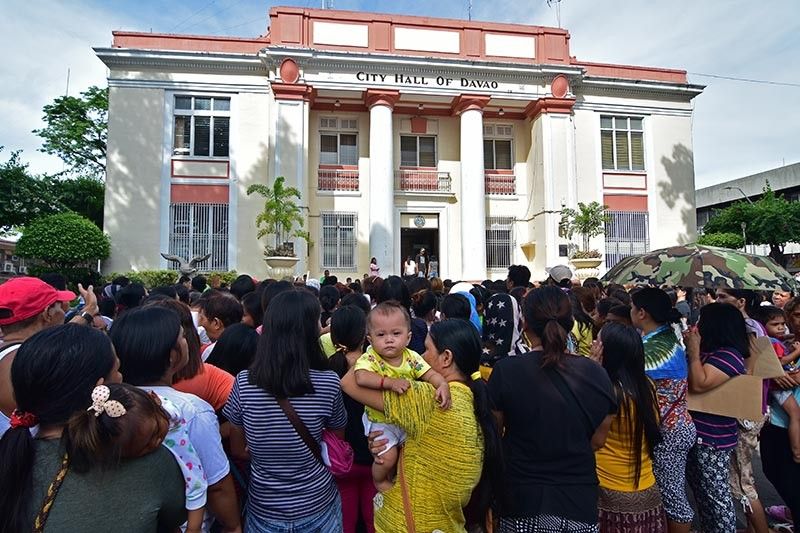 DAVAO City Government employees occupying plantilla positions will be enjoying their Christmas as a local councilor is pushing for a P25,000-bonus, to be sourced from the Supplemental Budget 2 (SB2).

Councilor Danilo Dayanghirang, on Tuesday, December 3, revealed that the amount for SB2 for 2019 is P902.15 million, of which wherein P457.74 million will be allocated for 2,336 employees.

Dayanghirang, head of the city council committee on finance, said that the allocation of the bonuses was based on an issued Department of Budget and Management circular, stating that government employees under a union, should be given incentives through a collective negotiation agreement.

The councilor said that a total of P50,000 will be given to employees, including co-terminus employees. The first P25,000 was already distributed last year, while the remaning amount will be allocated to them, once approved by the Council.

“We expect that we would be able to pass the resolution on third and final reading this Thursday (November 5),” Dayanghirang told reporters during the regular session at the city council.

However, he said the approved resolution would still have to be signed by Davao City Mayor Sara Duterte-Carpio before it will be distributed to the employees.

Although he said he wanted it to be distributed in time with the Christmas celebration.

“It will be discretion of the mayor to release the same. As to when, we will know from the mayor,” Dayanghirang said.

Although he said that job orders are not included in the proposed bonuses since it would still be dependent on the lump sum savings from the city government. But he said they would be given incentives such as rice and other items.

He added that it would still be under the discretion of the mayor if they would be given cash bonuses.