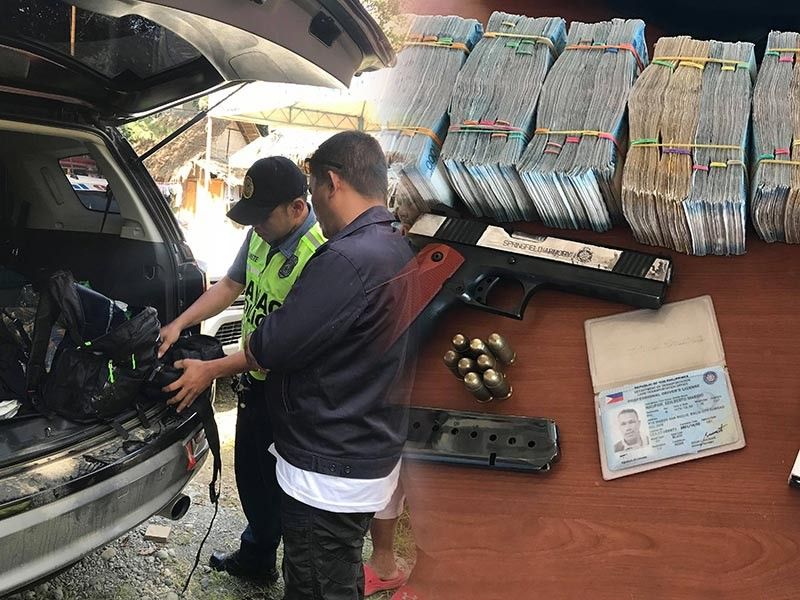 AUTHORITIES arrested on Tuesday, December 3, a man who introduced himself as the former bodyguard of Kapa-Community Ministry International founder Pastor Joel Apolinario after he was found carrying a pistol and ammunition as well as P4-million cash that he allegedly earned as his payout.

Naupan was apprehended at around 9 a.m. on December 3 at a checkpoint manned by the Philippine National Police and Task Force (TF) Davao in Licanan, Lasang, Davao City.

Naupan was found in possession of a .45 caliber pistol inserted with one magazine with six pieces live ammunition. When asked about the permits for his firearm, Naupan failed to present the necessary documents.

He was nabbed for illegal possession of firearms and ammunition and for violation of Article 212 of Revised Penal Code or Corruption of Public Official after he attempted to bribe the personnel with P6,500.

“During the inspection jointly conducted by TF Davao personnel and Bunawan PNP, the handgun was placed on the floor (driver’s side) covered by a floor mat. In plain view, the handle of the gun was seen which prompted them to open the door and take the gun,” Villahermosa said.

Villahermosa added that upon interrogation, the suspect allegedly said that these firearms were intended for personal protection. He was supposedly going to General Santos City.

Upon further searching, law enforcers found eight bundles of money amounting to P500,000 each, with a total amount of P4 million as a payout from Kapa Investment. The suspect and the money are now being kept safe at Bunawan police for further investigation.