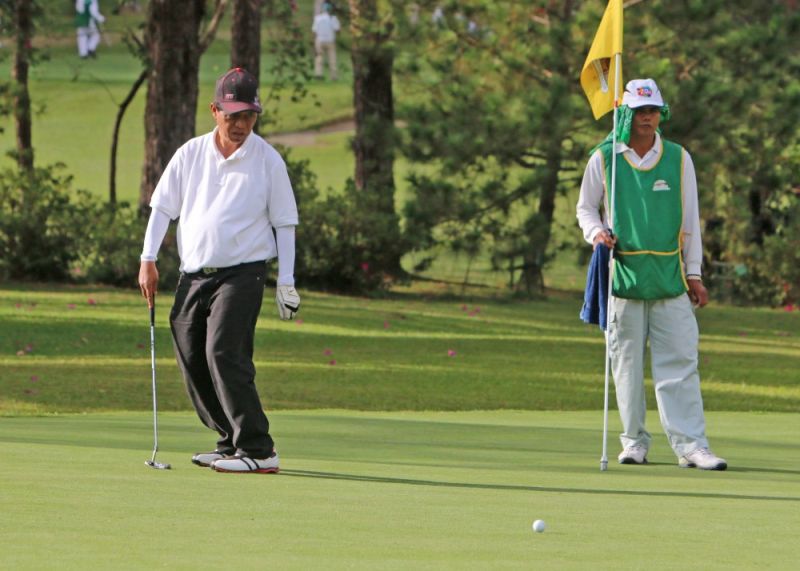 Although Tisoy has made a landfall Tuesday morning, December 3, and has hit Bicol Region, Metro Manila, Central Luzon, Calabarzon, Mindoro provinces, Marinduque, Romblon, and Samar Island, organizers are still optimistic that good weather will prevail during the first six days of tournament from December 4 to 9.

Only once in the past 15 years has a game been suspended due to bad weather.

“It’s a go,” said co-chair Tim Allen of Camp John Hay and Anthony de Leon of Baguio Country club as they welcomed players to the events as early this week.

Former Baguio mayor Mauricio Domogan will defend the overall super senior individual champion and his Camp John Hay team is poised to defend its crown, the first for the super seniors which were started last year for players 70 years old and above.

The super senior’s division was first played last year in preparation for this year's 70th edition of the biggest amateur golf tournament in the world.

Also to be played the first week are the senior’s division that is for 55 years year old and up and the lower flights of the regular division.

Despite qualifying for the super seniors, 70-year-old Fred Puckett, the anchor of CJH’s senior team that has won three consecutive crowns, is expected to remain with the senior’s team of the co-host.

On December 10, it will be the start of the three-day practice rounds of the regular divisions.

Games will begin on December 14 and will be played until the 18th.

Manila Southwoods is defending both the premiere Fil and Am Championships of the regular division.