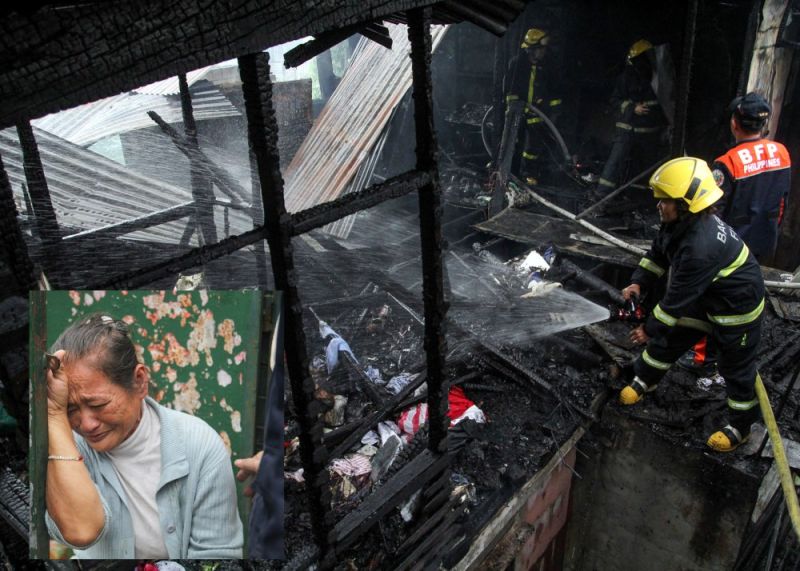 VERONICA Knight’s dream of having a home to care the aged and the poor turned into ashes after her property at #36 Queen of Apostle Lourdes Proper was ravaged by fire Tuesday morning, December 3.

Concerned citizens reported the fire to the Bureau of Fire Protection (BFP) Baguio City at 10:45 a.m. Firefighters immediately responded with the help of the Philippine National Police (PNP), and Sunshine Fire volunteers.

Firefighters were able to contain the fire within an hour and declared fire out at 11:15 a.m.

Fire Officer 3 Leo Mendoza, fire arson investigator, said the house is made up of combustible like materials.

It was learned the burned structure did not have electricity connection.

Knight blamed the construction workers near her house for throwing cigarette butts near her property which may have started the fire, she claims.

As of Tuesday, the BFP is still investigating the origin, cause of fire, and estimated cost of damage brought by the fire.

“We are thankful for the fire volunteers like sunshine and personnel of PNP to augment to suppress the fire earlier,” added Mendoza during the fire mopping operation.

The 70–year–old Knight told SunStar Baguio she acquired the property from her parents after returning to the Philippines from working overseas in London and Saudi Arabia as a caregiver in 1994.

Knight was feeding her dogs outside the house when the fire started.

Meanwhile, the Baguio City Fire station reminded the public to double check items especially Christmas lights if it passed the ISO standard and have gone through the Department of Trade and Industry before purchasing to assure safety and prevent fire.