Tisoy leaves one dead in Cebu City, no major damage in province 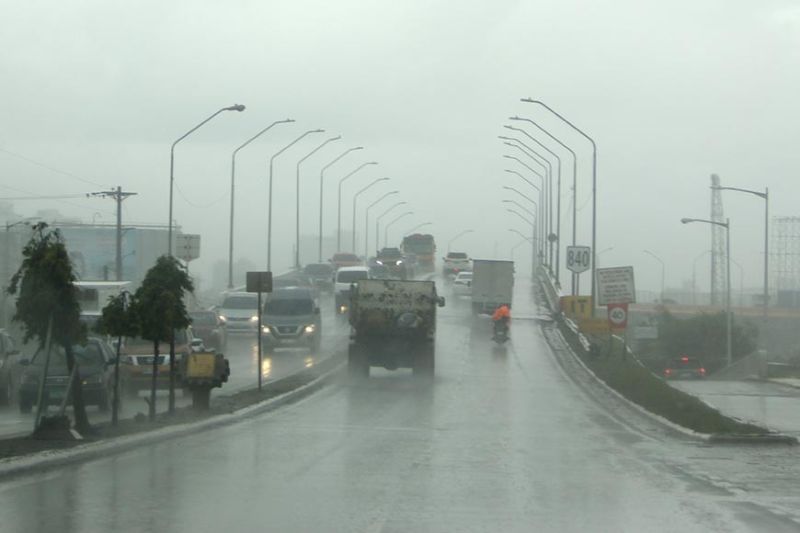 AN 18-year-old boy drowned after he slipped from a rock and fell into the Guadalupe River in Barangay Kalunasan, Cebu City at past 5 p.m. Tuesday, December 3, while Typhoon Tisoy (international name Kammuri) unleashed heavy rains and strong winds in Metro Cebu.

Christian Redoble, a student of Ramon Duterte National High School, had gone swimming in the river with his three friends. They were about to go home at around 5:30 p.m. when he slipped and fell.

According to his friends, Redoble was carried away by the strong current. His body was found about an hour later.

Elsewhere in Cebu province, some 1,488 families or 7,376 individuals that had to evacuate due to typhoon Tisoy were allowed to return to their homes on Tuesday after the state weather bureau lifted storm signals in Cebu.

Except for a fallen mango tree that blocked the highway in Asturias town, northwest, no other damage or injuries were reported in the province.

“(There were) No reported incidents related to typhoon Tisoy, but we are still continuously encouraging our LGUs (local government units) to monitor their areas of operation,” Garcia said.

In a separate interview, Rhee Telen Jr. of the Provincial Disaster Risk Reduction and Management Office (PDRRMO) said their office will continue to be on red alert despite the lifting of the TCWS warnings in Cebu.

The towns of Aloguinsan and Borbon also conducted a preemptive evacuation but had yet to provide figures to PDRRMO as of this writing.

The Municipality of San Remigio, meanwhile, reported that 111 persons bound for Santa Fe, Bantayan Island, were stranded at the Hagnaya Wharf.

They had to spend the night at the Hagnaya Elementary School with the town providing them hot meals.

Tisoy continued to weaken as it traversed the northern portions of Mindoro province.

Cebu could expect “improved” weather conditions in the coming days as typhoon Tisoy weakened and is seen to exit from the Philippine Area of Responsibility (PAR) Wednesday evening or on Thursday morning, December 5.

“Tomorrow (Wednesday), we expect an improved weather condition. We will already see the sun and it will be partly cloudy to cloudy. There is a chance of rain but if ever, it will be caused by Localized Thunderstorm,” Pagasa-Mactan chief Al Quiblat said in Cebuano.

He said the tail end of Tisoy was what affected some parts of Cebu bringing a heavy downpour on Tuesday afternoon which could cause significant flooding and landslides.

Pagasa lifted the storm signals over Metro Cebu at 8 a.m. and over northern Cebu at 11 a.m. Tuesday.

Travel for vessels below 250 GT remained suspended after Pagasa raised a Gale Warning over Cebu, Bohol, Siquijor, Southern Leyte, and the Negros provinces.