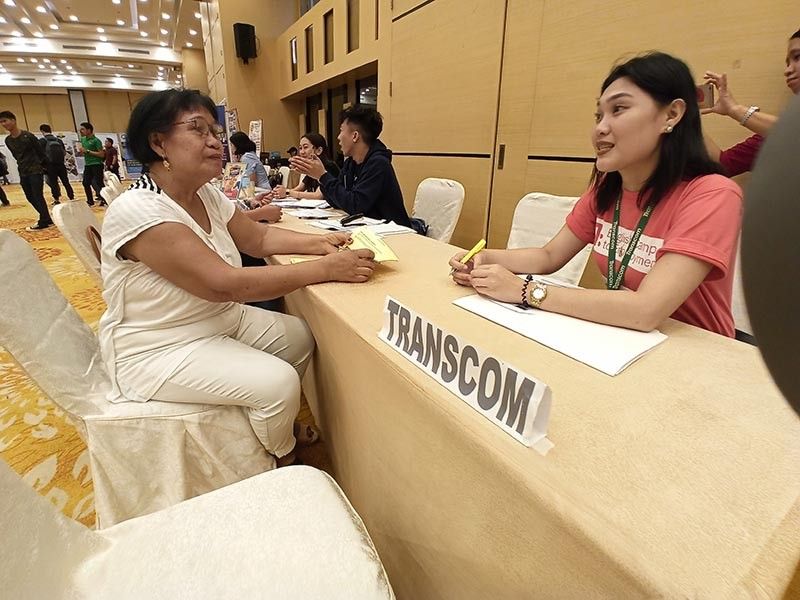 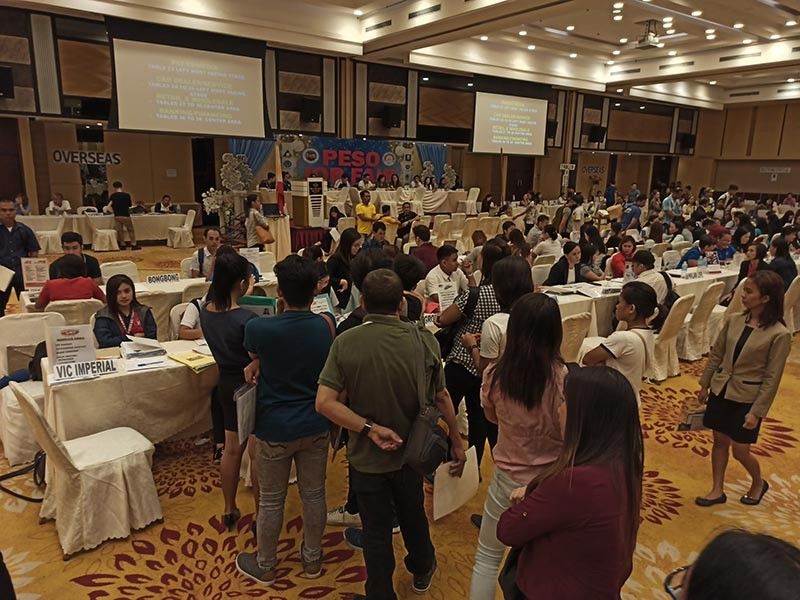 Francisco Heler, Peso chief, told SunStar Philippines that normally, the number of jobseekers during December reaches 2,500 to 3,000 applicants and the highest is 3,500.

He added that 79 companies have offered posts for local employment and 14 for overseas, for a total of 93 companies.

"There are 100 jobseekers hired on the spot which include sales specialist, cashier, service crew, production crew, sales representatives, and sales associates," Heler said.

Six persons with disabilities (PWDs) and 13 senior citizens have also applied, he added.

One of the senior citizens who tried her luck during the job fair Wednesday was Nieven Abangan, 64, of Barangay San Jose, Arevalo, Iloilo City.

Although not a resident of Iloilo, Abangan hopes to get a job from a call center company Transcom.

She is the president of a senior citizens group in their barangay. She has four children and six grandchildren.

She said she hopes to get a job in Carles, Iloilo even if she did not finish high school.

She told SunStar Philippines that she saw an ad on television about the job fair and took her chance to apply since she wanted to work in a company in Iloilo.

She believes she is qualified for a call center position, being a former overseas Filipino worker who had an English-speaking employer. She said she learned to communicate in English because of her employer.

"My fate depends on her (Transcom recruitment officer), but I really have to work," Abangan said.

Joan Rosbero, Transcom recruitment officer, said she could not recommend a technical support or customer service representative position for Abangan.

"I can't recommend her technical support due to health insurance which has limitation to age, but I can recommend her to admin positions such as housekeeping and pantry assignments," Rosbero said.

Aside from Abangan, three other senior citizens applied for a call center post. (SunStar Philippines)