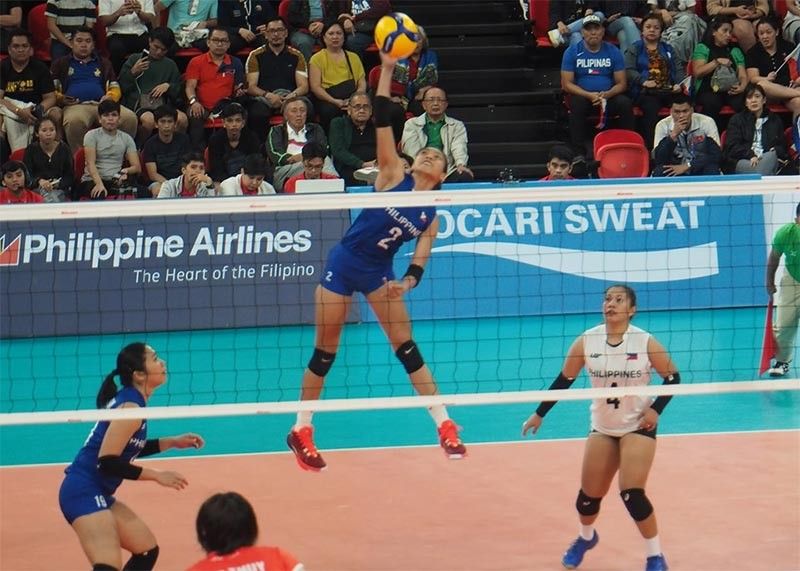 HEARTBREAKING START. Still, the Filipina spikers are optimistic to improve their fourth-place finish in Kuala Lumpur in this year’s Manila hosting of the 30th Southeast Asian Games. (Contributed Photo/Christian Maningo)

THE celebrated Filipina spikers suffered a heartbreaking defeat at the hands of underdog Vietnam which came back from a 21-25 first set loss to complete a five-setter turnaround (25-23, 25-19, 20-25, 15-8) on Tuesday’s opening of the 30th Southeast Asian (SEA) Games women’s volleyball at the Philsports Arena in Pasig City.

While the setback is both hurting and startling to the thousands of volleyball fans across the nation, PH best open spiker Alyssa Valdez and company will continue to inspire their young and budding “followers” from Cagayan de Oro and the rest of Northern Mindanao.

With the national women’s team’s example, a handful of high school and college spikers from Northern Mindanao are now playing or modestly making a name in the big city as part of the university teams in the exciting UAAP (University Athletic Association of the Philippines) Games.

“Win or lose, just bring back the glory to the Philippines. Laban Pilipinas,” said Barbon, the UAAP Season 81 Rookie of the Year from the municipality of Quezon, Bukidnon.

“Obviously, the level of competition in PH volleyball is much higher now it continues to grow throughout the years. As a player and Filipino maka-proud ug maka-inspire kaayo,” said the good-looking Martha Andre Raagas, who is also a budding model.