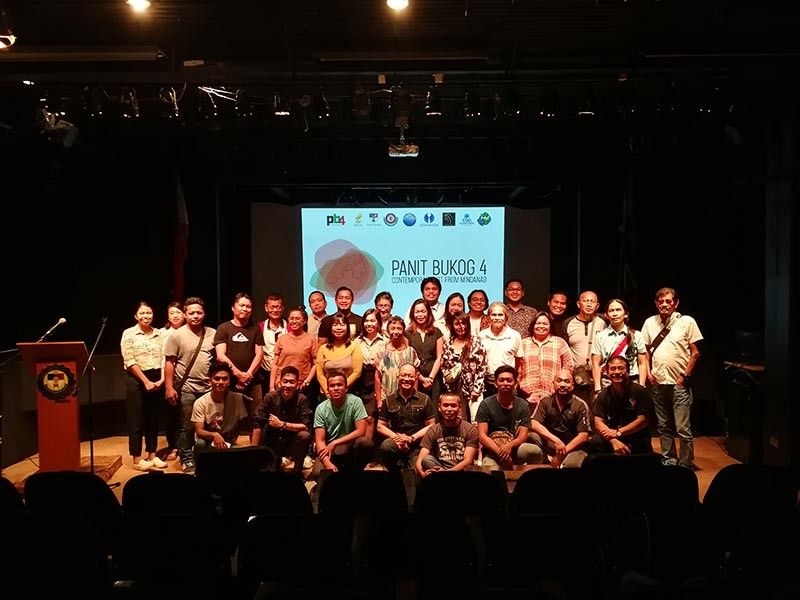 IN A generation where social media takes the lead in directly disseminating information, artists can make use of this available technology for advocacy.

This clarion call highlighted this year’s Panit Bukog 4 opening lecture at the Xavier University Little Theater on Thursday, November 7, as Manila-based documentarist and filmmaker Adjani Arumpac emphasized the use of technology to spread the message.

Arumpac’s lecture was the first among a series of four at the launching of this year’s Panit Bukog 4 art exhibition.

From wall-bound pieces and sculptures to multi-media, the artworks varied depending on the artists’ style and message.

Arumpac, who originally hails from General Santos City, was one of the speakers during the art show’s three-day launch. She shared her experiences in using art to give voice to victims and survivors of some of the nation’s most recent traumatic and tragic events.

“In December 2016, a group of artists banded together to create RESBAK,” she said, pertaining to the campaign that raised awareness about the disadvantages of the national government’s war on drugs.

“Our platform was on social media and Facebook,” she recalled. “We launched [ourselves] through a music video that we did in time for Christmas.”

Abbreviated as Resbak for Respond and Break the Silence against the Killings, the campaign also maintains a website (resbak.org) where artists uploaded their works on the issue.

Arumpac and her fellow artists changed the lyrics of an iconic Christmas song and replace them with lines that relayed the pleas of victims and their families. She added that the scenes in the music video, where viewers see men, women, and children raising signs where the lyrics are written, are taken at the areas where the killings happened.

The group responded to the needs of refugees during the Marawi siege by releasing zines. They also rippled their advocacy to OFWs, conducted film screening and forum, and installed photo exhibits, featuring images captured by journalists covering the drug war.

Arumpac emphasized that with the trends in technology, artists can make use of their talents to address the concerns of their fellow countrymen.

Arumpac’s experience with digital media has widened the scope of her and her fellow artists’ reach. But technology also has its limits.

“The cacophony of human impulses -- to connect, cash in, and clash -- cause change through technology and spans across the spectrum of the potential and the threat of ICT in the Philippines,” she said.

She recounted the events in history where technology has also been used not just for artistic advocacy, but for propaganda. This was rampant during the censorship in the Marcos regime, as well as the proliferation of fake news and internet trolls in Duterte’s administration.

Arumpac also pointed out that technology is a tool to advance a cause and that may be up to the user.

“Maybe we can also learn how it is being done,” she said, citing instances when people made use of technology to address the government’s ills. These include the radio polls in the 1986 EDSA Revolution, and the text brigade during the EDSA II Revolution in 2001.

With the shifting trends, she wishes for users - and not just artists - of technology to understand how this can be of good use, a prospect which she considers, “a holistic approach to knowledge.”