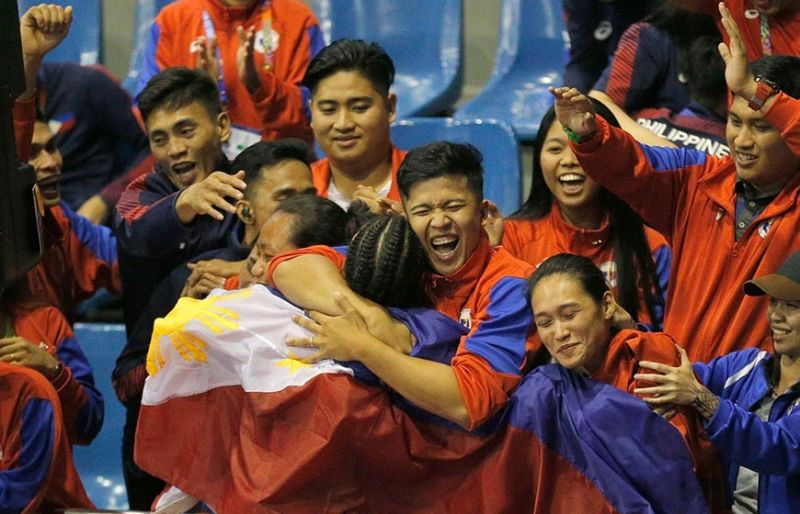 THE famed female athletes from Cebu are out to prove their worth for the Queen City of the South as they hunt for medals in the 30th Southeast Asian (SEA) Games in their respective sports.

The Lahug, Cebu City native Didal lived up to her lofty billing after clinching a finals seat on Wednesday, Dec. 4, 2019, at the Sigtuna Hall in Tagaytay City.

The reigning Asian Games champion defeated Nyimas Cinta of Indonesia in the semis after outlasting Shin Thant Thaw Dar of Myanmar in the preliminary round to get into the women’s game of Skate finals, which will be played on Thursday.

The Philippines is already assured of a gold medal in the women’s side as Didal will be facing fellow Filipina Christina Means, who defeated Kyandra Susanto.

This was Didal’s debut in the SEA Games after winning the Asian Games last year.

In billiards, Amit of Mandaue City, Cebu also got her grooves going on her first match, pulling off an impressive come-from-behind win over Thailand’s Nuanthakhamjan Sirapaporn, 7-5, in her first match in the women’s 10-ball singles at the Manila Hotel Tent.

Amit fell to 0-4 before taking two consecutive racks to get within two, 2-4. The former 10-ball world champion took five of the last six racks to complete the comeback, 7-5. Amit will face Bui Xuan Vang of Vietnam in the quarterfinals.

Tabal, who’s one of the most popular Cebuana athletes, will hunt for her back-to-back gold medals in the SEA Games. The 30-year-old Olympian wants no less than a gold medal this year after winning the crown in the 2017 Kuala Lumpur Games.

Go, a product of Cebu County Club junior golf program, is another Cebuano athlete to watch out for owing to her stellar performance in the 2018 Asian Games that earned her a gold medal in the women’s golf team event.

The 20-year-old Go opened her SEA Games bid on Wednesday, scoring 71 in the first round of the individual women’s golf competition at the Luisita Golf and Country Club.

The fifth notable Cebuano to see action is many-time Palarong Pambansa gold medalist dela Pisa, the daughter of a former gymnast and a basketball varsity player.

Before the SEA Games, de la Pisa already won a gold medal in the Liptov Cup 2019 in Slovakia. (RSC)