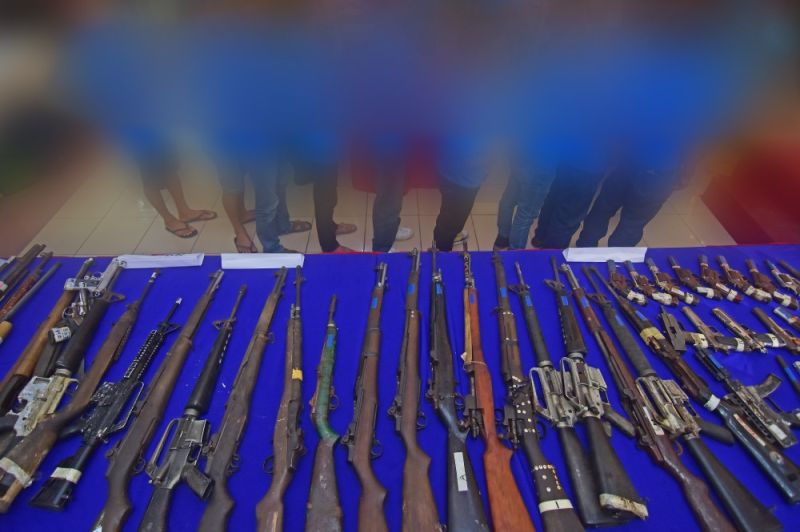 THE Davao City Council has passed a resolution recommending the continuous "gun ban" in the city with the possibility of the martial law declaration being lifted in Mindanao.

The council approved on Tuesday, December 3, the resolution recommending the suspension of permit to carry firearms in the territorial jurisdiction of the city for a period of one year despite the expiration of martial law and suspension of the privilege of the writ of habeas corpus in the entire island.

Councilor Mabel Sunga Acosta, proponent of the measure, said the resolution intends to urge the central head of the Philippine National Police (PNP) to ban the carrying of firearms by individuals even after the martial law will be lifted.

The police said only the chief PNP has the power to regulate the issuance of firearms, and its suspension, as stated under Republic Act 6975 and 10591.

Meanwhile, Acosta, committee head of peace and order and public safety, said Davao City Police Office Director Kirby John Kraft was one of those who recommended the gun ban.

She said Mayor Sara Duterte-Carpio personally wrote the council to put the item in the agenda under Suspended Rules of the City Council regular session on Tuesday, December 3.

"Once the resolution is approved, we will forward it to the (PNP) National Headquarters, and they will determine if they will grant our request," Acosta told reporters right after the regular session.

She said she hopes the request would be granted before December 31, the last day of the martial law.

Kraft, meanwhile, said that people are expected to bring with them their firearms in case martial law will be lifted.

He said martial law automatically prohibits any individual, either with permit or not, to possess and carry it in public.

"Since we have a culture of security here na kaya ng PNP at Task Force Davao na protektahan ang Davao City (that the PNP and Task Force Davao can secure Davao City), we believe that there is no need to carry their firearms here in Davao City," Kraft said.

He said only authorized uniformed personnel are allowed to carry firearms.

Kraft, meanwhile, encouraged those with security threats to coordinate with police.

Task Force Davao, in November this year, also recommended for the extension of the total or conditional gun ban in preparation of the possible lifting of the martial law in Mindanao.

Defense Secretary Delfin Lorenzana said on Wednesday, December 4, that he has recommended to President Rodrigo Duterte the lifting of martial law in the entire Mindanao.

"I just sent my recommendation today to the President recommending the non-extension of martial law in Mindanao because I was assured by our Armed Forces and the police, the PNP, that we have already accomplished what we need to do with martial law and with the situation there now, I think we believe that we can maintain the peace and order and improve it further," he said in an interview with reporters.

"So that's it. There will be no more martial law there and I believe there is so much concern from other countries because (of) the term martial law. Even if our martial law in Mindanao was so mild, in fact some people there are seeing, parang walang martial law," he added.

The entire Mindanao region was placed by the President under martial law on May 23, 2017, shortly after an armed conflict erupted in Marawi City in Lanao del Sur.