‘Most typical place in the world’ 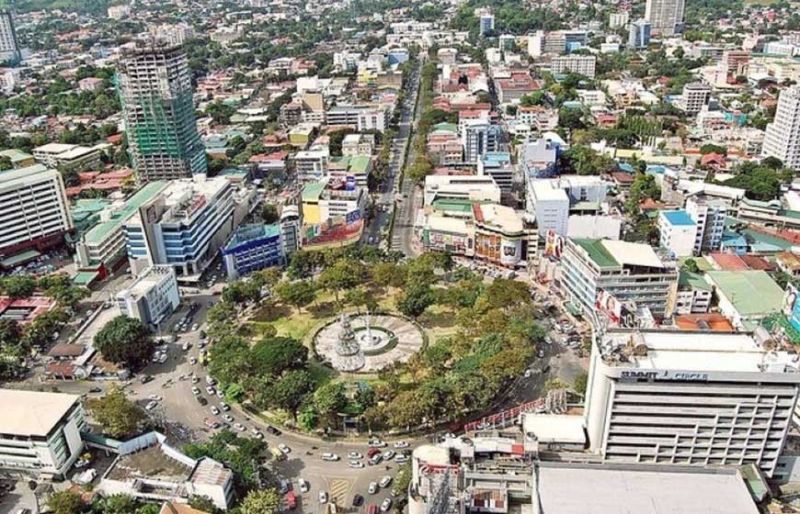 WORTH LOOKING INTO. In his Bloomberg opinion piece, economist-columnist Tyler Cowen says Cebu, which he described as the “most typical place in the world,” is a representative of the world on a variety of measures such as economic, demographic and cultural. (SunStar file photo)

AN AMERICAN economist has billed Cebu as the “most typical place in the world,” saying the Philippines’ second largest city is remarkably representative of the world on a variety of measures such as economic, demographic and cultural.

In his Dec. 3, 2019, Bloomberg opinion piece, economist-columnist Tyler Cowen noted that the most typical place should have an income not too far from the world’s median.

“According to Gallup, world median household income was almost US$10,000 in 2013 (though it is by now somewhat higher). The average family income in the Philippines is about $5,340 at current exchange rates, but as a major city, Cebu is richer, and at any rate, life is especially cheap in the Philippines,” explained Cowen, who is an economics professor at the George Mason University.

“The world’s most typical place also should have a fairly high degree of income inequality, and Cebu does. There are gleaming shopping malls and skyscrapers, but also considerable poverty,” Cowen further wrote.

The economist described Cebu as a major center for business outsourcing, such as call centers, and thus has a close relationship with the global technology industry.

“Those tech ties will become increasingly typical, even if they are not quite the dominant mode of production in emerging economies. In addition to tech services, real estate, shipbuilding and international trade are important economically,” he said.

The American professor said he has long wondered what might be the most typical place in the world, and he now has an answer: Cebu, from which he had just returned.

Cowen also considered some non-economic factors in his argument on Cebu being the world’s most typical city.

“What is the world’s most important and widely spoken language? English. Along with the native Cebuano and Tagalog, English is widely spoken in Cebu, and present on most of the signs,” the Bloomberg columnist said.

On religion, he said it’s quite diverse in Cebu, although Christianity still dominates.

“Christianity registers as the most common religion in the world, and the dominant religion in Cebu is — you guessed it — Christianity. Islam, Hinduism and various native religions are also represented, as well as variants of folk Catholicism and folk Islam, mirroring the syncretic nature of religious belief in so many other countries,” he said.

Asia is the world’s most populous continent by far, and the Philippines is in Asia.

That scores another point for the typicality of Cebu, Cowen stressed.

“Yet there are also Spanish and Spanish colonial influences, and at times I felt like I was in Latin America more than Asia. That broadens the global connections of Cebu. Also notable is Cebu’s North American heritage, as the Philippines was a de facto US colony from 1898 to 1935. The native culture is still very much its own, but there are more superficial markers of US cultural influence in Cebu, and in the Philippines more generally than in almost any other emerging economy. There are lots of fast food restaurants, American casual dress is widespread and basketball is much beloved,” Cowen further said.

Most of the world’s population now lives in cities, and Cebu is the second largest metropolitan area in the Philippines.

While the largest Manila was an obvious rival for the world’s most typical place, Cowen argued that “it is a little too big and too central to the governance of the Philippines to be my first choice.”

“If you look at such populous nations as China, India, Indonesia and Pakistan, most of their urban populations do not live in the country’s single largest city, nor do they live in its capital. So Cebu is a nice compromise in this regard, with a 2015 estimate putting the region’s population at almost three million,” the American economist noted.

One nice feature of Cebu, according to Cowen, is that, like most of the Philippines, it has been growing rapidly.

“Parents can plausibly expect their children to have much better lives. This hope is typical of most of the world, too,” he said.

In terms of tourist sites, he said it also seems pretty typical.

“I wouldn’t say that Cebu has many tourist sites that are major draws for the foreign visitor, although you can see where Ferdinand Magellan died on nearby Mactan Island, and there are wonderful beaches and aquatic activities. Some tourism—but not too much—also seems pretty typical,” he said.

“Along the lines of this inquiry, I’ve also wondered who is the world’s most typical human. Such a concept is hard to pin down, but might it be someone who lives in Cebu? Although the median age in the Philippines is 23.5, for the world as a whole it is about 30. I, therefore, nominate a 30-year-old Cebu mother as the epicenter of human existence. In any case, one thing is for sure: The most typical place in the world is by no means the least interesting,” the economist concluded.