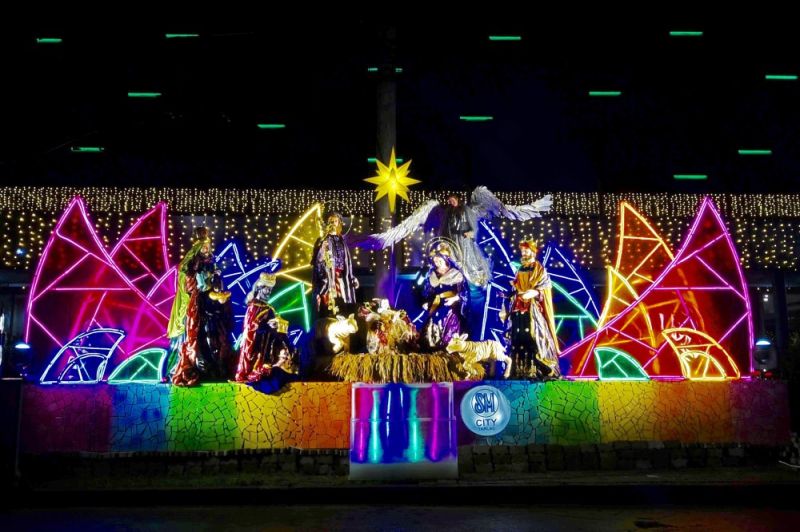 TARLAC. SM City Tarlac's 42-feet Belen is a grand spectacle showcasing the versatility of employing indigenous materials as well as recycled ones. It is also the tangible testimony of the hard work invested by 30 artistic hands and minds who collaborated and labored together for a month to deliver this wonderful monument of the Christmas season. (Contributed Photo)

CLARK FREEPORT -- A shopping mall in Tarlac City has received a Hall of Fame title after winning the Belenismo sa Tarlac Awards for three consecutive years.

For its 2019 entry, SM City Tarlac created a 9-foot fountain in the middle of its Belen which signifies God as the source of life, purity, and wisdom.

The mall's Belen has an intricate design brought to life by one of Tarlac's main agricultural products - sugarcane. Complementing the colorful water-and-light-producing fountain were indigenous jute sacks and bagasse fibers wrapped around it. Bagasse is a pulp-like residue after extracting the sugarcane stalks.

The creative use of real hay for the manger not only relives the biblical scene, but also highlights another major product of Tarlac.

For a sophisticated flowing water effect of the fountain, SM City Tarlac opted to use treated wastewater from the Mall's Sewage Treatment Plant, so as to further promote environmental sustainability. The base platform was made of cracked, damaged tiles from the warehouse of the mall. These were repainted and placed in a fastidious manner to achieve a bright, gradient effect.

As tourists appreciates the Belen, they are also given the opportunity to submit themselves into prayer as the Belen displays four renditions of the "Prayer Before The Belen" - in English, Filipino, Kapampangan, and Ilocano.

A total of 42 entries competed for this year's Belenismo.

The Tarlac Heritage Foundation, Inc. was registered by a group of incorporators who aim and focus on the preservation of the cultural heritage of the province of Tarlac for the future generations by providing and introducing projects and programs that would assist the Tarlaqueños in the preservation, protection, promotion and enrichment of the province of Tarlac's rich historical and cultural values and resources.