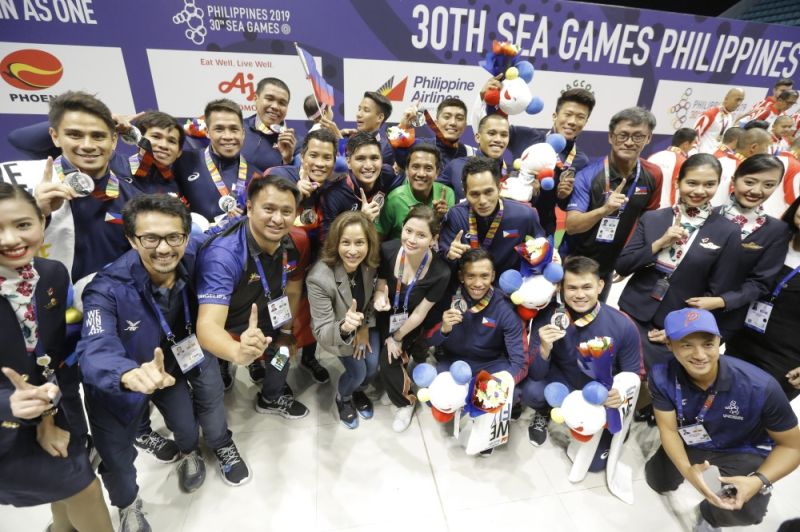 CLARK FREEPORT -- The Bases Conversion and Development Authority (BCDA) said Monday, December 2, that its joint venture agreement (JVA) with MTD Capital Berhad for the development of New Clark City Phase 1A, which includes the sports facilities being used in the SEA Games, was implemented in the most transparent and aboveboard way possible.

In a press conference held with Government Corporate Counsel Elpidio J. Vega, BCDA president, and CEO Vince Dizon laid down the facts, emphasizing that the JVA with the developer underwent all the legal requisites and processes, which is very advantageous to the government.

Dizon said: "The OGCC never gave an unfavorable opinion" in the January 30, 2018 contract review by OGCC.

"The OGCC gave its comments and suggestions to which BCDA addressed and clarified. The OGCC, in response to clarifications made by BCDA, unequivocally said that the 'provisions of the executed JVA and the legal framework of the Project are in compliance with the existing laws, rules and regulations," Dizon said, citing the latest October 2, 2018 opinion of OGCC.

"The contract review which was issued way back in January was indeed not a negative opinion or contract review but, in fact, it approved and gave the go signal to BCDA," Vega added.

"I hereby confirm that the same is really aboveboard and we found no legal impediment to its execution," Vega said.

BCDA was advised by the Asian Development Bank (ADB) on all financial, technical, and legal aspects of the project from beginning to end.

"This included the mode of building the sports facilities that went through public procurement through a competitive Swiss challenge," Dizon said, refuting reports that the deal did not go through public bidding.

Dizon dismissed the unfounded allegation that the deal was designed to defraud the government.

"The sports facilities were not part of the original proposal for MTD for Phase 1. It was BCDA who required that they be part of Phase 1 to fulfill requirements for the South East Asian Games 2019," Dizon said.

"The contract is very advantageous to the government because the government will not pay a single centavo to the developer, until the sports facilities are completed and accepted," he added.

The New Clark City sports facilities, which include the Athletics Stadium, Aquatics Center and the Athletes' Village, are already being used by athletes and spectators in the ongoing 30th South East Asian Games.

Dizon said: "MTD borrowed from DBP under commercial terms without any guarantees from the PH government, including BCDA."

"The only guarantee submitted to DBP is a guarantee by MTD's mother company in Malaysia," he said. (PR)