Editorial: One too many 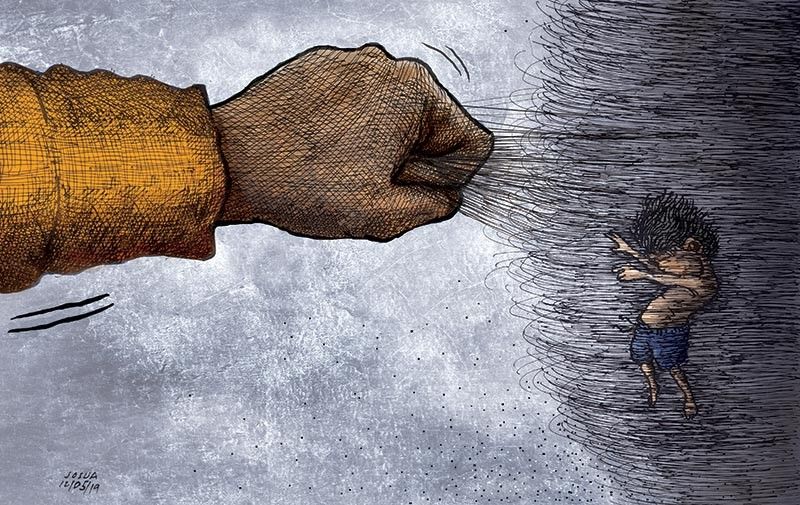 THIRTEEN people were killed at the height of typhoon Tisoy (international name Kammuri) in Luzon and Visayas regions this week.

Five of those killed were in Bicol, five in Mimaropa region for Mindoro, Marinduque, Romblon and Palawan, two in Quezon, and one in Eastern Visayas, particularly in Ormoc City, Leyte. They died when they were hit by falling trees, struck by lightning or had a heart attack when Tisoy blew violent winds and brought intense rainfall.

In Cebu City, a report that came in the evening of Tuesday, Dec. 3, 2019, named one fatality. An 18-year-old man died when he fell into the Guadalupe River in Barangay Kalunasan.

Authorities believed they did what was required to prevent a casualty or a fatality here from typhoon Tisoy. This late report showed there was a fatality and the man who died was one too many.

As it was later clarified, the fatality was not due to Tisoy. Reports said Wednesday the man was walking with friends when he fell and hit his head on a rock by the riverbank. He fell into the water and drowned. That was how his companions recalled incidents that led to his death.

Now that the death has been clarified, should disaster preparedness officials pat themselves on the back?

It is worthwhile to note that disaster management offices and personnel in the whole of Cebu island did what was required of them in an impending emergency situation. Classes were cancelled to protect school children from Tisoy in Cebu. Heavy equipment were placed on standby. Monitoring bodies were activated. Preemptive evacuation was resorted to way before the need arose. Residents complied; at least many of them heeded the call to seek higher ground.

The target was to ensure that no life would be lost, no property damaged as the country witnessed its strongest typhoon this year.

But, 13 died, not including the one in Cebu, and there was property damage in areas directly hit.

There were lessons from past disasters that were adopted, such as the early evacuation of residents and the activation of a government and non-government joint monitoring mechanism in Cebu province. The loss of lives and property in past typhoons and other natural calamities forced authorities to learn, take action and ensure there will be no repetition of the suffering and destruction.

The saying “One death is one too many” does not apply to crimes or suicide only. It applies also to disaster preparedness where the goal should be not one casualty or fatality.

Cebu’s disaster management offices may have done a better job this time compared to past emergencies in terms of being ready to save people. That doesn’t mean there is nothing more they can do to prepare for the next.