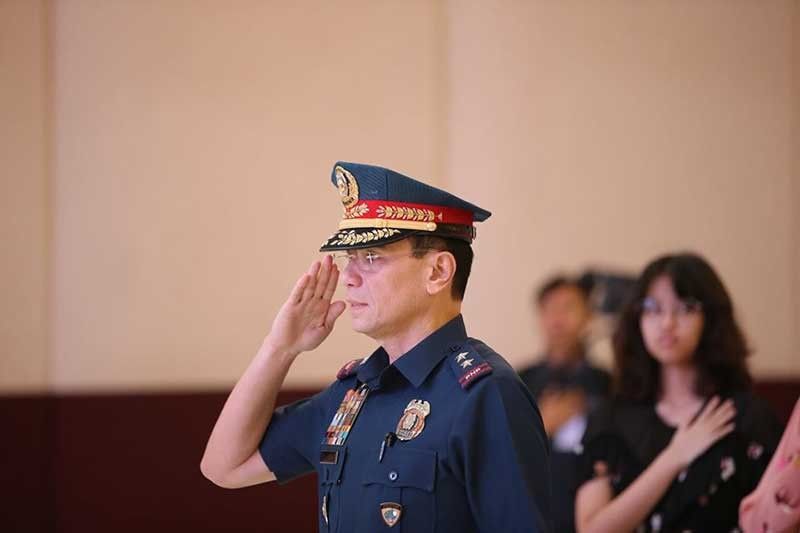 Eleazar, who is currently the Philippine National Police (PNP) chief of the Directorial Staff, said police officials involved in illegal activities will not be spared.

"Having seen the success of the President's war against illegal drugs, I, in my personnel and current official capacity shall intensify my efforts to win as many battles in this war (against illegal drugs)," Eleazar said in his speech during his oathtaking and donning of rank ceremonies in Camp Crame, Quezon City.

Eleazar made it to the headlines for having strictly imposed discipline among his men, particularly during his stint as the National Capital Region Police Office (NCRPO) director.

At the time, he initiated the establishment of Quad-Intelligence Force to strengthen coordination among the law enforcement agencies in carrying out operations against drug lords operating in Metro Manila and convicted drug lords detained at the New Bilibid Prisons (NBP).

The Quad-Intelligence Force has established a liaison office at the NBP and serves as augmentation to the security force at the Bilibid.

Eleazar also deployed policemen who served as prison guards and helped in the demolition of illegal structures inside the NBP.

He believed that his active participation in the crackdown against convicted illegal drug lords inside the NBP made him a target of big-time drug lords, along with Bureau of Corrections Director General Gerald Bantag.

“I personally declared war against the big-time drug lords and cartels when I joined hands with BuCor Director General Gerald Bantag in demolishing the kubols in the Bilibid a few months back,” said Eleazar.

“In the process, General Bantag and myself must now be in the top of the hit list of the drug cartels,” he added.

Eleazar expressed belief that the continuous illegal drugs activities inside the NBP is the main reason why illegal drugs remain rampant in the country.

He said the NBP has become a “safe haven” for drug lords amid the aggressive drug war launched by Duterte.

“The kubols, with all the amenities of a hotel suite, house the big drug lords that have been imprisoned. And it is from there that these drug lords control and coordinate the movement and distribution of illegal drugs in the country. I told myself that this is the opportunity I have been waiting to finally put a stop to the glory days of these drug lords because almost all of the big operations in Metro Manila pointed to the Bilibid as the location where the command and control of drug circulation emanates,” said Eleazar.

“I am up to the challenge even if it means risking my life. I shall work to wipe out all the kubols in all other penal colonies in the country. This will be my war. We draw the strength from the fact that President Duterte has our back in this effort to wage a war against illegal drugs. We have seen how the aggressive campaign against illegal drugs made our streets safer and eventually restored the trust and confidence of the people to the police, to the government,” he added. (SunStar Philippines)