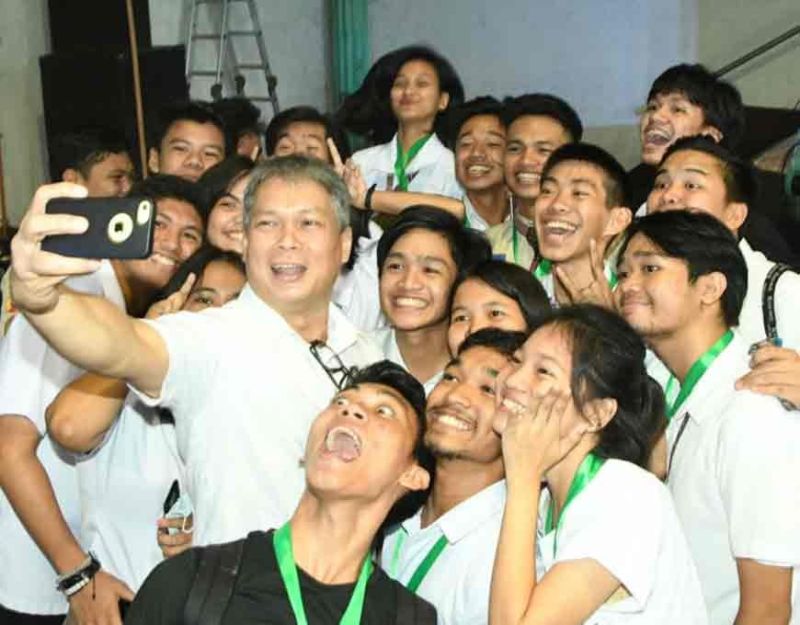 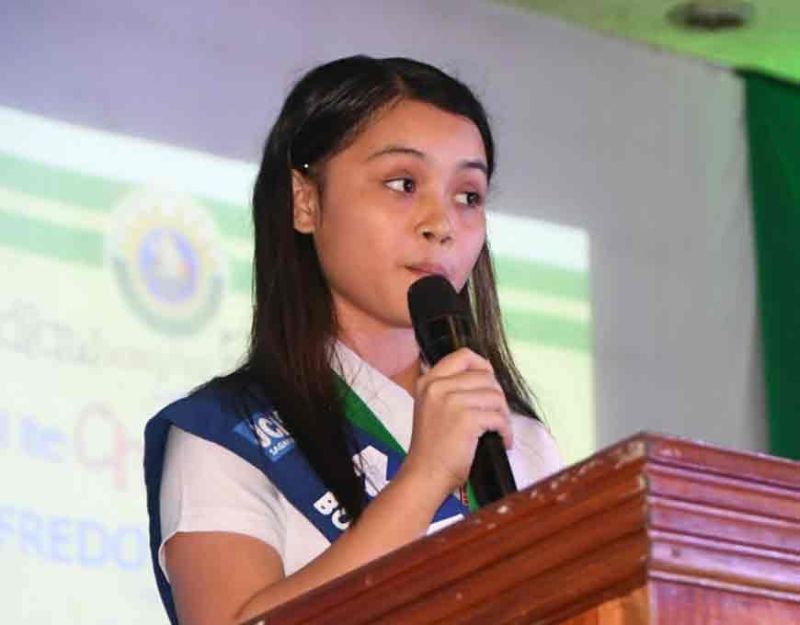 BACOLOD. Mecca Ella Barrios, the Little Mayor and the reigning Sinigayan Queen, assures everyone that they will do their share to help bring progress and development for the city. (Carla N. Cañet) 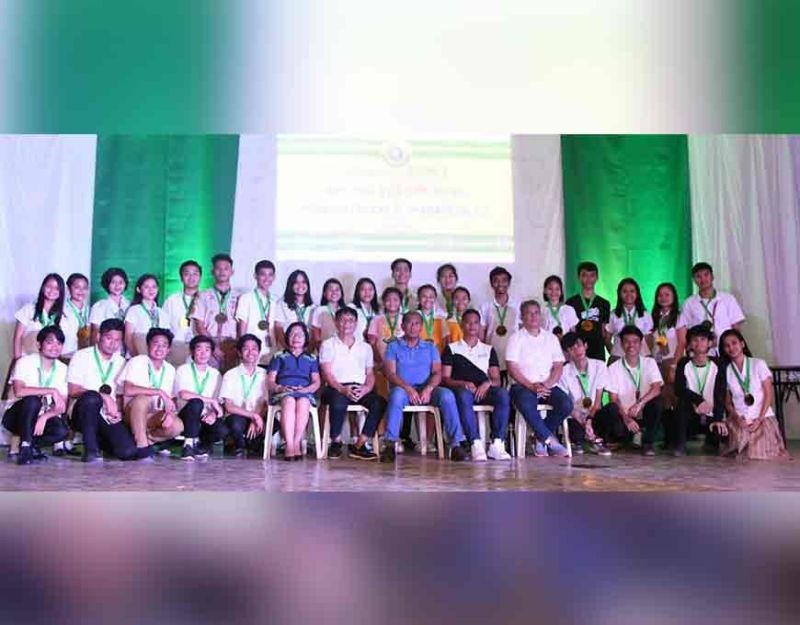 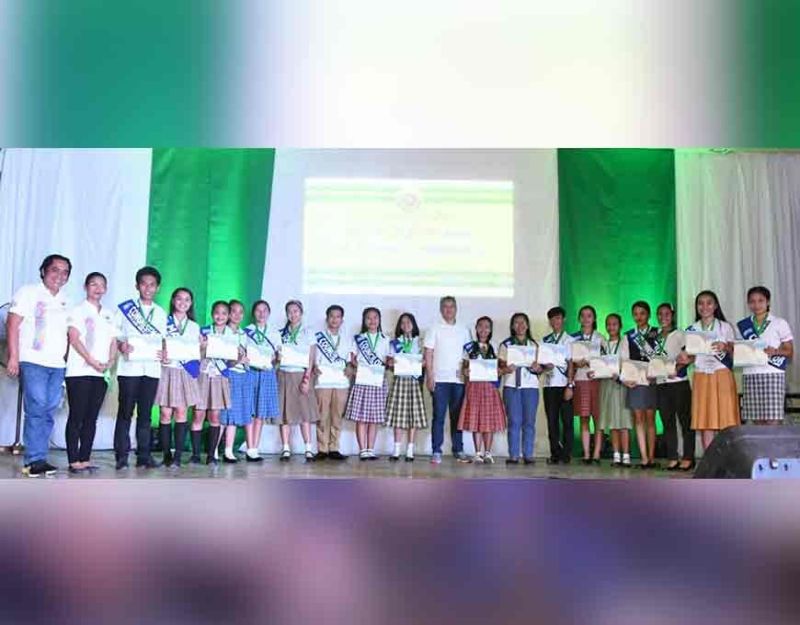 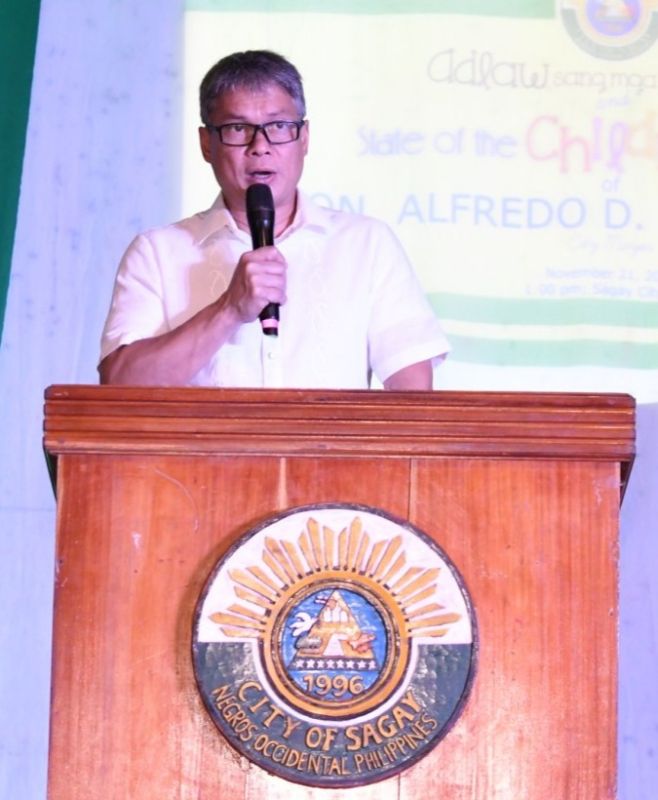 IN THE observance of the Children's Month, Sagay City Mayor Alfredo Marañon III saw the need to instill positive values to children that will enable them to overcome future challenges.

Maranon has reminded the parents, teachers, government officials, elders, and other stakeholders of their responsibility to instill in children, the positive values of patriotism, honesty, and integrity, selflessness, integrity, respect for elders and our fellowmen, love of God and neighbor and sacrifice.

"We need to teach our children about these values which intangible and can help make a nation great," he said.

This year's theme, "Karapatang Pambata: Patuloy na Pahalagahan at Gampanan Tungo sa Magandang Kinabukasan," where the city government's Council for the Protection of Children and Department of Education-Division of Sagay held the "Adlaw sang Kabataan," highlighted Marañon's State of the Children's Address.

Marañon assured them of his support on all programs that are pro-children especially in the field of education, sports, nutrition, arts and culture and all other programs meant to develop their skills and talents.

He urged the children to be conscientious in their studies and show respect to the elders, persons in authority, and be obedient and responsible at home, in school and the community.

"We are here to support you in your journey towards a better future for your own good, your family and our country," he said.

Meanwhile, the City Government has recognized 172 kabataang Sagaynons who represented the City and the DepEd Sagay City Division to the provincial, regional and national competitions in October 2018 to October 2019.

These awardees were able to earn bronze, silver and gold medals in their respective areas of competitions such as performing and visual arts, academics, and sports through the Bulahang Batang Sagaynon Award.

The city's "little officials," who acted as the head of the City Government and other government agencies for a week, were also present.

They were organized by the non-government organization Sagay Sigay JCI with President Evangeline Yu and Past President Rex Yangco.

Mecca Ella Barrios, the Little Mayor, and the reigning Sinigayan Queen said they will do their share to help in bringing progress and development for the city.

The opportunities given to them to immerse in the works and functions of the city gave them an overview of their functions and so they will strive harder not to disappoint the officials in their hope to give them a better future, she said.

Moreover, Councilor Concepcion Javellana, chairman of the Committee on Social Services, said the Children's Month celebration is intended to

give importance to children and that the City Government will continue in creating more programs for their development.

Councilor Perfecto Marañon, who spoke on behalf of Vice Mayor Narciso Javelosa Jr., said children are a gift from God and it is our responsibility to take care of them and raise them properly.