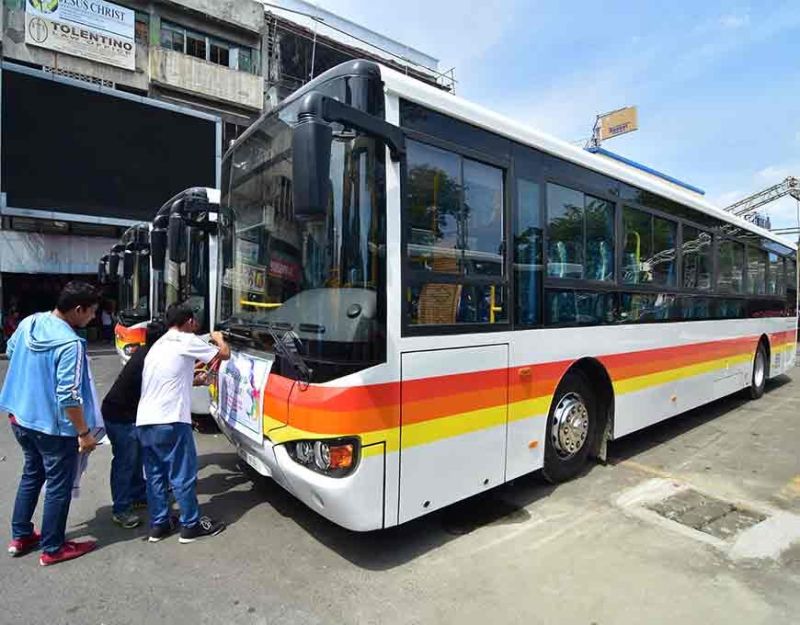 Assistant City Administrator Tristan Dwight Domingo, in an interview with SunStar Davao, said the city will implement the initial phase of the HPBS on the first half of 2020.

However, Domingo said the city will not be utilizing the budget allocated by the National Economic and Development Authority (Neda), with a total amount of P18.66 billion.

He said, based on the initial information he received, the city will be able to utilize the Neda-fund grant in early 2021.

Instead, he said the local government will utilize the P100-million fund approved by the City Council in August this year. This will be sourced from the 2019 Supplemental Budget 1.

Councilor Danilo Dayanghirang, committee on finance, ways, and means and appropriations chairman, said the financial assistance to compensate more than 7,000 public utility jeepney (PUJs) operators and drivers affected by the HPBS will be sourced from the P100-milllion fund.

Davao City Mayor Sara Duterte-Carpio, during her State of the City Address (Soca) in October, said she was also able to secure P650 million for the compensation and various training of the affected operators and drivers, which include education and livelihood, to the affected drivers and operators from former president and former House speaker Gloria Macapagal-Arroyo Office.

“We’ll try to implement this as soon as possible,” Domingo told SunStar Davao.

“Right now, the mayor has already provision for some of the funds that we can utilize to jumpstart the implementation,” Domingo added.

According to Neda, the city modern bus system project will have an interconnected bus service plying along the 137 kilometers (km) core network and feeder routes composed of 489 km.

Domingo said the amount, nearing almost P19 billion, was based on a study conducted by the city since 2011.

He said HPBS, a transport program that aims to address the traffic congestion and lower the carbon footprint discharged by vehicles here, will be challenging as it will be initially implemented via three routes under the Davao Integrated Bus System (Dibs). He said the initial routes will cover Catalunan Grande, Toril, and the Carlos P. Garcia National Highway (Diversion Road).

He said next year will be a “trial and error” stage for the implementation that is why they are going to plan this well.

“We have next year to try and prepare (the implementation). At least we have a good opportunity for a year to test it out in some parts of the city,” Domingo said.

He added, “We’ll see it from there. So that from the time comes, the 2021 funding is there, we’ll already have some valuable inputs on how to implement it.”

The new bus system will reduce the current 120 PUJ routes to 29 bus routes.

But he said they have yet to determine next year whether there is a need to add some routes or to extend some of the planned bus routes.

He also said the national funding will be utilized for the procurement of the buses and the establishment of bus terminals and bus stops.

Affected PUJ drivers will receive assistance from the Neda fund, however, he said the city has yet to determine the amount drivers will be receiving individually.

Previously, Duterte-Carpio had lobbied for the funding of the project.

He said the approved grant from Neda manifests the “full support from the national government”.