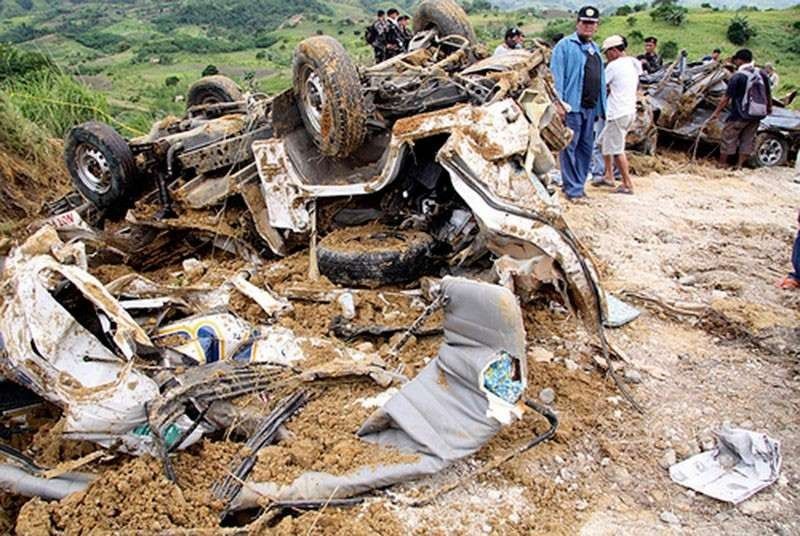 MAGUINDANAO. A total of 58 individuals, including media personnel, and their vehicles were found buried in a shallow grave in Ampatuan town, Maguindanao on November 23, 2009. (File Photo)

THE National Capital Region Police Office (NCRPO) has tightened security in the vicinity of its headquarters in Camp Bagong Diwa in Taguig City ahead of the promulgation of judgment on the Maguindanao massacre case.

Brigadier General Debold Sinas, NCRPO acting director, said on Friday, December 5, that ingress to and egress from the camp will be controlled to ensure no untoward incidents related to the promulgation scheduled for December 19 at the Quezon City Regional Trial Court (RTC) annex in Camp Bagong Diwa.

At least 240 members of the Regional Mobile Force Battallion in full battle gear were deployed in the camp, particularly at the entrance and exit points.

Sinas said the civil disturbance unit has been alerted to possible protest actions during their said event.

The Quezon City Police District has already assured the security of RTC Branch 221 Judge Jocelyn Solis Reyes and the lawyers involved in the case.

The Bureau of Jail Management and Penology will impose a lockdown in the detention facility inside the said camp.

A total of 58 people, including media personnel, were killed on November 23, 2009 in what is now known as the Maguindanao massacre.

The victims were part of a convoy with the wife of then Buluan vice mayor Esmael Mangudadatu when they were killed in Ampatuan town.

Mangudadatu was on his way to file his certificate of candidacy against Datu Unsay mayor Andal Ampatuan Jr., son of then incumbent Maguindanao governor Andal Ampatuan Sr., for the gubernatorial post.

The Ampatuans were among the 101 suspects arrested. Ampatuan Sr. later died in detention. (SunStar Philippines)