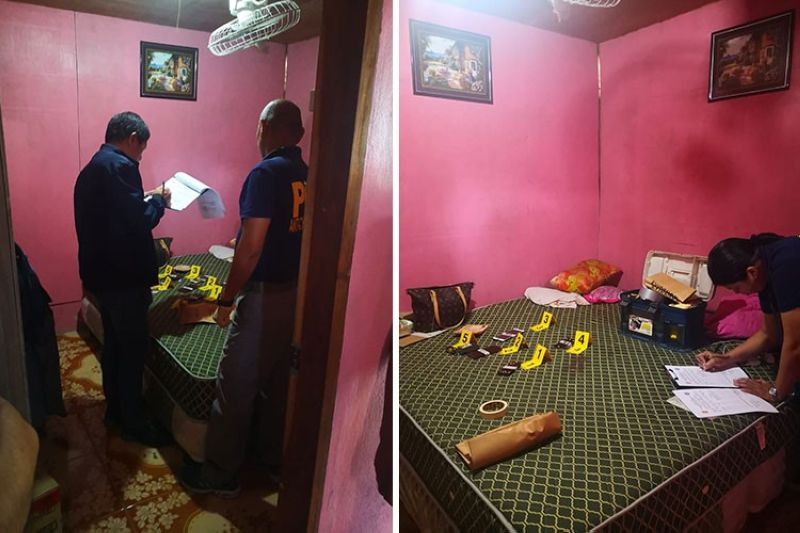 Photos from the International Justice Mission

Members of the police’s Women and Children Protection Center-Mindanao Field Unit (WCPC-MFU) and local police units carried out the operation in this city on December 5.

The operatives from the WCPC-MFU and local police units entered a family residence at 10 a.m. of December 5 and rescued one confirmed victim. Two at-risk children were also removed from the house.

In a nearby location, another confirmed victim was rescued and an at-risk child was removed.

The five children are 5 to 15 years old.

The 32-year-old suspect (name withheld to protect the children's identities) is the aunt of the two confirmed victims. She was arrested in the residence.

The operation was the result of an August 2019 case referral from the Australian Federal Police (AFP) to the Philippine Internet Crimes Against Children Center (Picacc). The referral emanated from an investigation undertaken by the Joint Anti-Child Exploitation Team in Victoria, Australia in relation to child exploitation in the Philippines.

Picacc forwarded the referral to the WCPC-MFU, which then conducted further investigation to identify and locate local traffickers linked to the Australian perpetrator.

During their investigations, WCPC-MFU learned that the suspect offered minor girls for online sexual exploitation.

"We work as one to end these kinds of illegal activities, like abuses, exploitation, maltreatment and violence happening online and perpetrated by online sex offenders," said Colonel Christine Tan of WCPC-MFU.

"I am warning those people involved in these kinds of activities to stop and don’t mess with WCPC-MFU and we will put you in jail," she added.

"IJM praises the WCPC-MFU for rescuing these children -- as young as five years old -- from the ongoing sexual exploitation and abuse they endured at the hands of their family. Now, these children are safe and can begin to heal from their deep trauma. Traffickers who use children as 'sex objects' to make easy money must be restrained through the justice system," added lawyer John Tanagho, IJM Cebu Field Office director.

He added: “IJM is confident that as police continue relentlessly investigating and arresting Osec (online sexual exploitation of children) traffickers across the country, thousands of Filipino children will be protected from degrading and sometimes violence sexual abuse as the crime of OSEC loses to the rule of law.”

All of the children are now in the care of the DSWD-Soccsksargen and are receiving trauma-informed interventions.

The Picacc serves as a hub for domestic Philippine and foreign law enforcement collaborative efforts to Osec. It is a joint initiative between the National Bureau of Investigation and the Philippine National Police supported by the AFP, United Kingdom National Crime Agency and IJM.

Occurring in different communities in the Philippines, Osec is a crime that violates the Anti-Trafficking in Persons Act or Republic Act (RA) 9208 (as amended by RA 10364), which comes with a maximum penalty of life imprisonment and a fine of P2 million to P5 million. Typical Osec offenses also violate RA 10175 (Cybercrime Prevention Act of 2012) and RA 9775 (Anti-Child Pornography Act of 2009). Both have penalties equivalent to 20 to 40 years imprisonment. (PR)