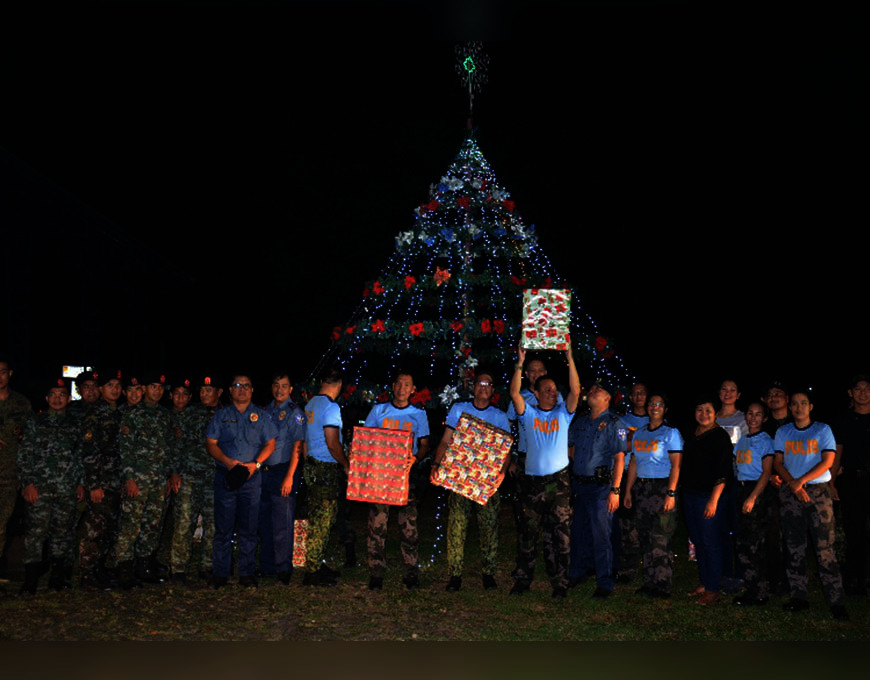 THE Camp Tomas J. Pepito in Sto. Domingo, Angeles City brightened up on Wednesday, December 4, as the Angeles City Police Office or ACPO lighted its 20-foot Christmas tree to usher in the Yuletide season.

Sangalang encouraged the personnel of ACPO to be thankful for the season, as it symbolizes the birth of the savior Jesus Christ that deepens the Christian faith.

He added that it is one of the most important time of the year celebrated in the entire world, and it brings joy to everyone, may it be young and old. It is also the time to unite with family and friends across the world.

Sangalang reminded everyone that the coming of the season indicates that all personnel must become more steadfast in their sworn duty to maintain peace and order in their area of responsibility and always protect the community they serve. During the festive season, the public needs the PNP to become more vigilant and to intensify anti-criminality activities to prevent untoward incidents from happening.