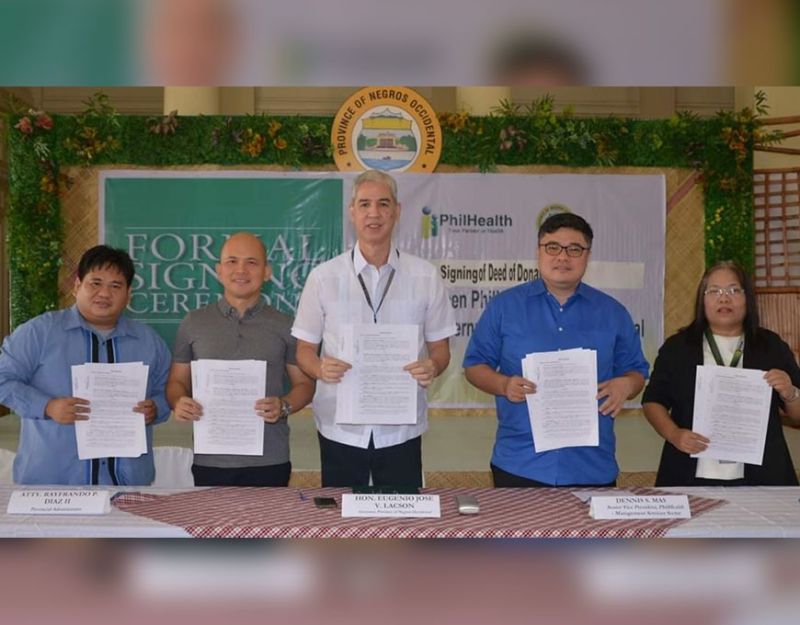 BACOLOD. Governor Eugenio Jose Lacson signs the deed of donation for a lot for PhilHealth building in a ceremony held at the Capitol Social Hall Friday, December 6, 2019.

THE donation of a lot of Provincial Government to the Philippine Health Insurance (PhilHealth) has been materialized.

Governor Eugenio Jose Lacson signed a Deed of Donation for the 1,239-square meter lot located at Barangay Mansilingan in Bacolod City, which is donated to PhilHealth, in a ceremony held at the Capitol Social Hall, Friday, December 6.

The site will be utilized for the construction of the PhilHealth’s building which will soon be the agency’s permanent office location in Negros Occidental.

Meanwhile, Capitol sets the ceremonial switch on of “Paskua sa Kapitolyo” and DICT Wi-Fi For All Program at the Provincial Capitol Lagoon, at 6 p.m. Monday, December 9.

The Christmas Bazaar will also open while the Weekend Christmas Caroling will start on December 13. (TDE)