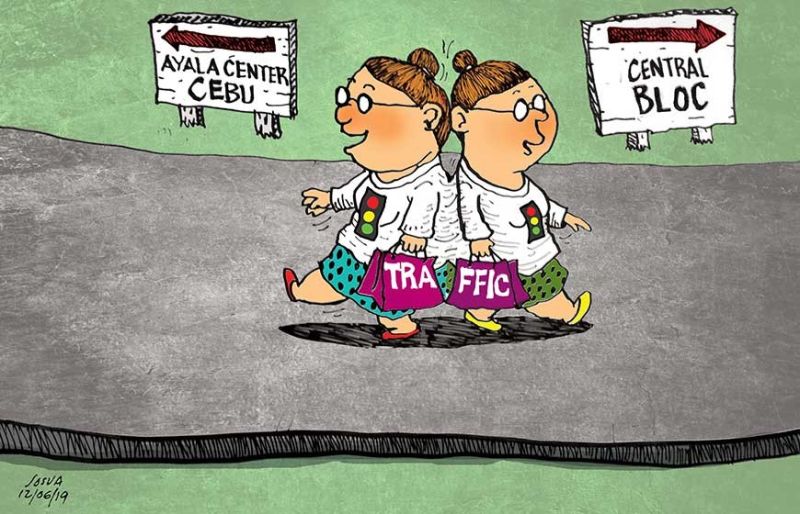 THE Ayala Malls Central Bloc opened to the public Friday, Dec. 6, 2019, amid high expectations of what it could offer young shoppers at the Cebu IT Park.

The Bloc is the Ayala Group’s newest mall in Cebu City, developed by Cebu Holdings Inc. at a whopping P9.5 billion. Its five floors are expected to house soon 300 shops such as restaurants, pharmacies, retail outlets, entertainment and wellness centers, supermarket, cinemas, chapel and a 214-room Seda Hotel.

Its strategic location at the Cebu IT Park, which is home to a young workforce in information technology and business process outsourcing, makes the Central Bloc an exciting destination. It is Ayala’s second mall in Cebu and the fifth in the Visayas and Mindanao.

But the opening of the Bloc brings benefits not only for Cebu IT Park workers but also for the community where it belongs.

It is obvious the Central Bloc targets the IT and IT-enabled sectors; it is also clear that those in or near the area would now have an alternative to going further inside the city for some fun and recreation.

You need not go to the Ayala Center in the Cebu Business Park or to the SM City in the north reclamation area to do your shopping, if you’re coming from the north.

This is the beauty of having community malls or shopping centers located near groups of people, whether they are in subdivisions or business centers.

The unclogging of the city should be a concern of those who introduce development in an area that is already burdened by too many people and vehicles. Developers and contractors have to bear in mind that their structures should be able to disperse people and cars, and not have them vie for limited space.

Disperse the development and you spread out the crowd.

This innovation of creating community malls makes these establishments more accessible to people who are spared the trouble of getting caught on the road or having to elbow others for a jeepney ride.

The public will thank developers not only for transforming the city’s retail landscape but also for unclogging their city.