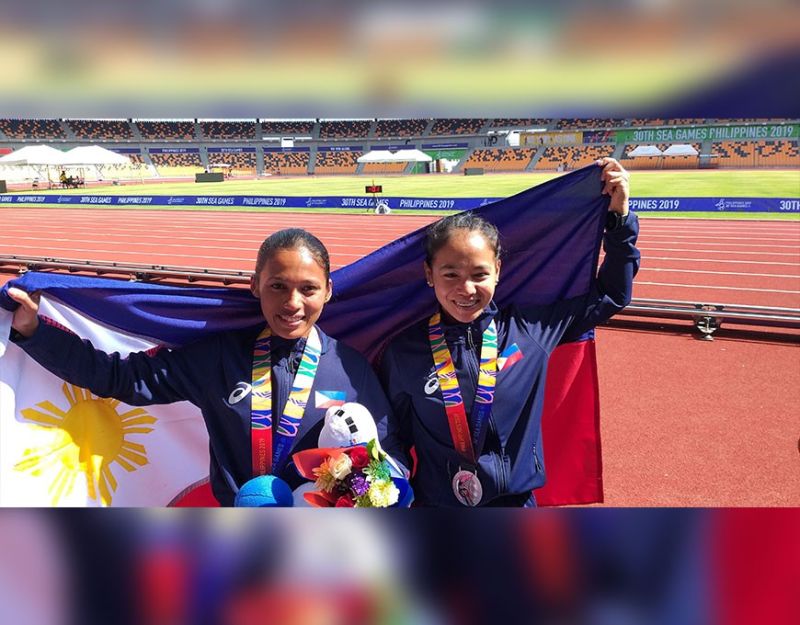 Hallasgo, who was trailing third in the first 33 kilometers, pumped up speed in the last 400 meters to check in first with a total of two hours, 56 minutes and 56 seconds. Early leader Odekta Elvina Naibaho of Indonesia collapsed 400 meters before approaching the finish line. Thus, giving Hallasgo an advantage for the title.

Tabal, 30, who was at fourth during the last lap, fought her way back to annex the silver after she timed 2:58:49. Vietnam’s Hong Le Thi Pham registered 3:02:52 to take the bronze.

She only started training with the national team July this year and she had to endure homesickness and longing for her three-year-old daughter whom she left in Malaybalay.

Her coach Eduardo Buenavista, a four-time SEA Games gold medalist, said since he only started coaching this year, he was eyeing Hallasgo to join the national team provided that she win the National Milo Marathon Manila leg.

Tabal, who was attended to by a medical team after she fainted after reaching the finish line, was uncertain if she finished the race as she asked around those who accompanied her at the emergency station how her run went.

Meanwhile, the Philippines was shut out in men’s marathon as Indonesia’s Agus Prayogo (2:26:45) snatched the gold followed by Thailand’s Sanchai Namkhet (2:27:18) and Muhaizar Mohamad (2:33:08).